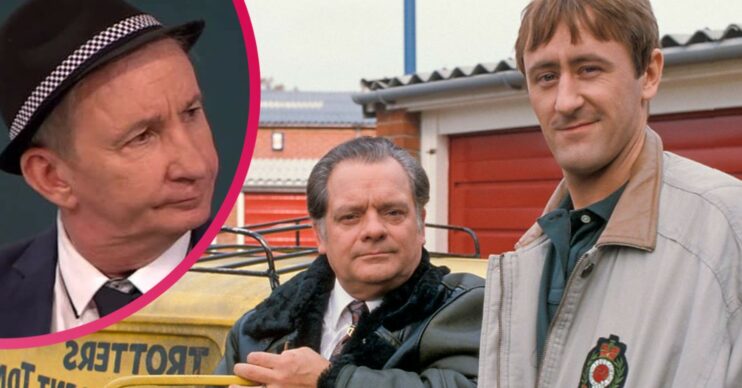 Only Fools and Horses is one of the UK’s most beloved sitcoms with an incredible cast.

In fact, more than 24 million tuned in to watch Del Boy and Rodney becoming millionaires in 1996.

But where all these years later, where are the Only Fools and Horses cast now?

While it’s his best-known role, he also went on to star as Jack Frost in A Touch of Frost.

Sir David was knighted for services to acting and comedy in 2005. He has also won four BAFTAs, four British Comedy Awards and seven NTAs.

He recently admitted he would love to reprise his role as Del Boy!

Nicholas Lyndhurst, 60, was nominated for a British Comedy Award and three BAFTAs for his portrayal of Rodney.

Tragically, the actor took a step back after his son Archie was killed by a brain haemorrhage in 2020. He was aged just 19.

Meanwhile, it was recently revealed that Nicholas earned more than £3 million last year throughout his businesses outside of his acting career.

His pal allegedly told The Sun recently: “I doubt we will see him do any more acting.”

Despite the claims, a spokesperson for Nicholas denied any speculation regarding his career.

“It is complete nonsense that Nicholas Lyndhurst is retired or retiring,” said the spokesperson.

“Of course, he and his wife are devastated by the sudden loss of their young son, but Mr Lyndhurst will continue his career with any parts and scripts that attract him.”

The actor played Boycie on the hit sitcom and became so popular that he earned his own spin-off, The Green Green Grass.

Luckily for John, he went on to star in another iconic role too.

He became known for playing Monty in four series of the ITV sitcom Benidorm.

Back in 2020, he made a documentary about how big Only Fools and Horses has become in Belgrade.

Sue has starred in the likes of Still Open All Hours and Casualty. Last year she played Billy Mitchell’s love interest on EastEnders.

“After more than 50 years in the business it was my first time working on a soap and I loved the whole experience,” she said.

“I was absolutely delighted to have been given the chance to visit Walford.”

He ended up working as a chauffeur after work dried up.

In January 2022, Patrick tragically revealed that he had been diagnosed with cancer.

He told fans on Twitter: “Naturally I wanted to keep my own health problems private, but failing to fully endorse this ad would be selfish.

“Thanks to my ultra scan I have a fighting chance. It showed my organs needed further investigation and tumours were spotted.

“This led to a PET scan which covers a much larger area. To my wonderful surprise, these lesions were not cancerous but the scan did find an early-stage cancerous tumour in my lung. This has since been removed.”

Tessa, 64, went on to have starring appearances in the likes of The Bill, Doctor Who and BBC hospital drama, Holby City.

In 2019, she appeared on the ITV show All Star Musicals.

The actor played the hilarious Trigger on Only Fools and Horses.

But it wasn’t the only classic sitcom Roger was a part of.

He’s also known to many for playing farmer Owen Newitt on the Vicar of Dibley.

Roger passed away in 2014 after losing his battle with pancreatic cancer at 69.