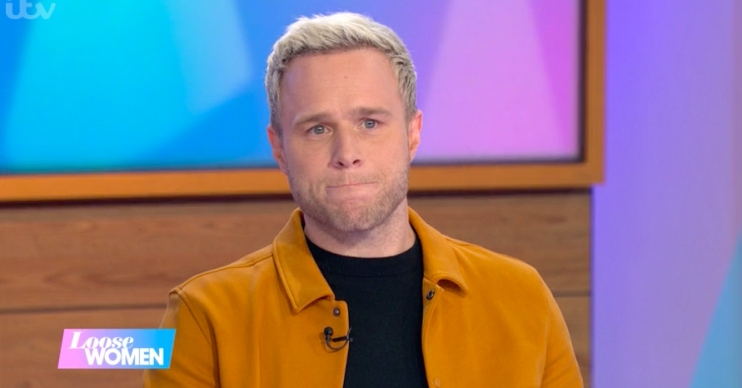 Olly said he's struggling to come to terms with her death

Olly Murs got choked up as he told how he is getting help from his family and friends to cope with the death of his friend and colleague Caroline Flack.

The 35-year-old confessed that it has been “tough” after the presenter’s shock death three weeks ago.

Olly, who presented The X factor with Caroline in 2015, was on holiday when he heard the news, and added that he hasn’t quite come to grips with it yet.

Olly appeared on Loose Women and told host Andrea McLean that he wanted to address the issue of his friend’s death right at the start of the show.

He said: “It’s been tough. Even you saying those words, it doesn’t really make sense to me yet. I’m still really coming to terms with it. It was a massive shock.

“Yeah, the last couple of weeks has just been a bit of a… yeah, it’s so hard to even talk about it to be honest.”

When asked if he is getting help at all, he responded: “I think from friends and family really and getting back into work a bit and just kind of like keeping busy.

“But yeah it’s been tough, I never thought I’d never see her again. You know, I love her to bits and I’m going to miss her, yeah.”

Olly also praised his girlfriend Amelia Tank, who has been supporting him during this time.

“You really see a difference side to someone. You really learn about someone. Her family were incredible.”

Caroline Flack took her own life on February 15, aged 40, while awaiting trial for charges of assault against her boyfriend Lewis Burton following an alleged incident in December.

Her death sparked an outpouring of grief from the fellow stars who worked with her.

The day he found out about her death Olly wrote on Twitter: “My heart is forever broken. I’ve lost something today that I’ll never get back… and that’s you.”