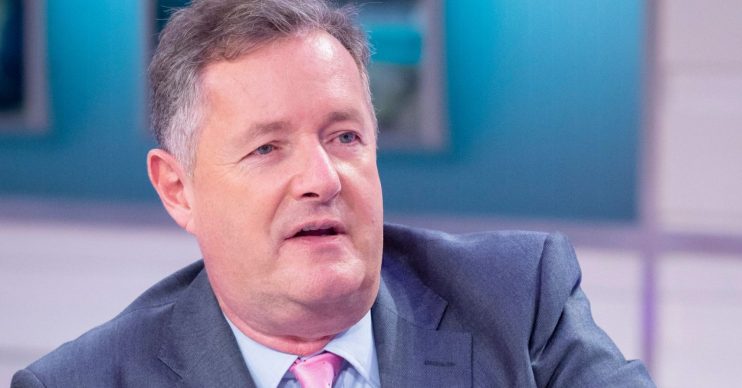 Piers Morgan and Good Morning Britain have been given a slap on the wrist by broadcasting regulator Ofcom over an incident in which Piers appeared to mock to the Chinese language.

He made the comments on January 21, 2020, and viewers called for him to lose his role.

There were also over 1600 complaints to Ofcom and the official body has now made their decision.

A report issued by the regulator has revealed they are not going to investigate further. However they have given the channel a reminder over conduct.

It stated: “We remind ITV that there are compliance risks in relying on a ‘combative dynamic’ between
presenters as a way to provide challenge and context for the broadcast of content which may cause
offence.

“This approach can provide significant context, as in this case.

“However, depending on the particular circumstances, this may not always provide sufficient context to comply with the Code.”

ITV had originally argued that viewers expected Piers to have “strongly held viewers” which he “expresses uncompromisingly”.

We remind ITV that there are compliance risks in relying on a ‘combative dynamic’ between
presenters.

Piers and Susanna had been discussing the Queen’s grandson, Peter Phillips, advertising milk on Chinese television when the incident happened.

As he made the comments that appeared to mock the language, Susanna immediately cut him off. She said: “Taking the Mickey out of foreign languages is rather 1970s.”

Read more: 17 Piers Morgan tweets we all agree with

Piers later tweeted in his own defence: “I was mocking a member of the British royal family appearing in an advert for Chinese state milk, not Chinese people.”

However, ITV did admit his remarks had been “clumsy” and the words he used had potential to cause offence in this instance.

A statement from ITV at the time said: “GMB is known for its lively and robust discussion of the news agenda and recently covered Peter Phillips’ appearance in a Chinese milk advertisement.

“The discussion was focused on whether it was appropriate for members of the Royal family to endorse products abroad in this manner, and was live and unscripted.

“ITV regrets any offence Piers’ comments may unintentionally have caused.”

The Ofcom report also revealed the channel had discussed the incident with Piers to reduce the liklihood of a recurrence.

He cheekily asked the maths whizz to dress up as a teacher when she was discussing her plan to educate school kids during lockdown.

Although Carol took the comments in good humour, many viewers did not.

Piers has also received complaints over his general behaviour recently, including over his approach to Health Secretary Matt Hancock.

Ofcom are assessing the complaints, but haven’t decided whether to investigate further.

Are you happy with Ofcom’s ruling? Leave us a comment on our Facebook page @EntertainmentDailyFix and let us know what you think of this story.