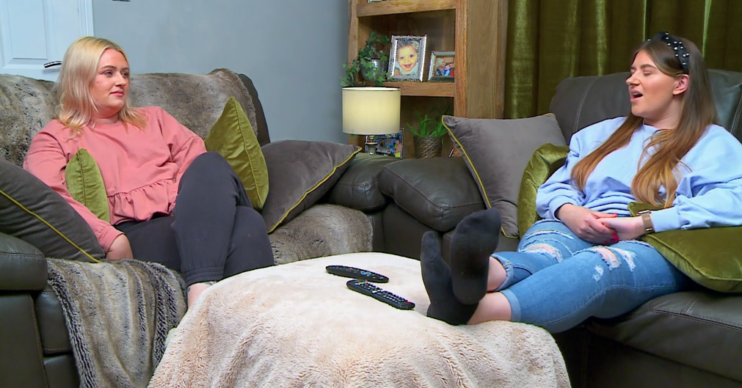 And Ellie and Izzi seem particularly under fire

Viewers of Gogglebox have made more than 200 complaints to Ofcom about the Channel 4 show breaching the government‘s lockdown rules.

The series sees TV favourites including best friends Lee Riley and Jenny Newby react to British TV shows from their own homes.

However, it’s now been revealed that the show has received 208 complaints from viewers concerned the stars weren’t following lockdown rules.

Brits are currently are banned from visiting friends and loved ones inside their homes.

Those in the at-risk category are allowed to meet one person from a different household outside.

Others, meanwhile, can meet in groups of six. But the meetings must take place outdoors and social distancing must be maintained.

Gogglebox – which is filmed indoors –  recently tried to put viewers’ minds at rest.

A statement on the show read: “Just in case you’re worried, they are all keeping to the guidelines of social distancing.”

However, that appears to have done little to stop the complaints.

An Ofcom spokesperson told The Sun: “We are assessing the complaints against our broadcasting rules, but are yet to decide whether or not to investigate.”

Gogglebox was first hit by complaints back in March.

However, things have changed on the show since lockdown started.

Some of the show’s stars have been replaced with other household members to ensure they stick to the guidelines.

Others – including Jenny and Lee – moved in together to continue filming as normal.

Ellie and Izzi under fire

But some eagle-eyed viewers weren’t convinced and took to Twitter to call out sisters Ellie and Izzi Warner.

They alleged they continued to film together – despite living in separate houses.

One fan wrote: “Ellie and Izzy mouthing off about lockdown when they’ve clearly not followed the rules – I’d love to see my sister!”

Another tweeted: “How can the two sisters be moaning about Boris Johnson when they aren’t helping the situation – they shouldn’t be in contact, they live in separate households.”

Read More: Scarlett Moffatt says she’s ‘learned not to cringe’ in the mirror as she poses in a bath towel

The sisters are allowed to meet outside now the lockdown measures have been eased.

However, other than walking through the house to get to the garden, indoor visits are forbidden.

A spokesperson previously said the show – which has been using rigid cameras to film without crew – would only continue filming those who have followed the guidelines.

“Health and safely is paramount”

They said: “Most of the families live together but where they don’t, they are complying with Public Health England social distancing guidelines.”

@ellieandizzi how come when the lockdown began Ellie was with her boyfriend but a couple of weeks later she was with Izzi again?

How are Ellie and Izzi getting away with breaking lockdown rules and gogglebox bosses seem to be condoning their actions. #Gogglebox

The rep added: “Gogglebox will only film with families where it’s safe to do so. The health and safety of our cast and crew is paramount.”

Head to Facebook page @EntertainmentDailyFix and let us know what you think of our story.