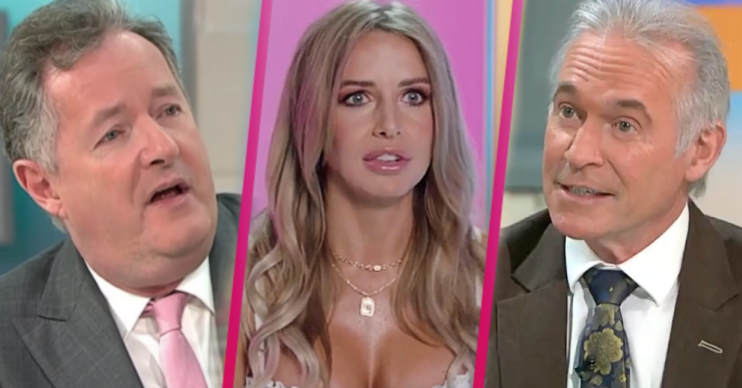 Ofcom receives more complaints than ever in 2021 in ‘record year’

There has been a lot of angst out there this year

Ofcom has received more complaints than ever in 2021 making it a “record year” for people grumbling.

TV’s governing body has been inundated with angry viewers, but who has attracted the most?

How many Ofcom complaints were there?

Ofcom says that there has been a record 125 per cent year-on-year increase in complaints across television and radio.

These range from Piers Morgan’s comments about Meghan Markle on GMB to antics on Love Island.

Ofcom’s Director of Standards and Audience Protection, Adam Baxter, told The Mirror: “2021 has been a record year for TV and radio complaints to our broadcasting standards team.

“So why are complaints on the increase?

“Well interestingly, it’s a relatively small number of TV shows driving the lion’s share; the top five most-complained about programmes account for 80% of all complaints.”

He also confirmed that the figures do not include those from the BBC, who deal with their own complaints.

Mr Baxter also said that the proliferation of social media has had an influence on the figures.

He stated that the high numbers reflect the passion viewers have for programmes, which are important parts of their lives.

And finally, he urged caution at the figures – large numbers of complaints do not necessarily mean that Ofcom’s rules have been broken.

Who was most complained about?

When it comes to some of the most complained about TV moments on British TV one came out on top.

Piers Morgan’s comments about Meghan Markle before he walked out on GMB attracted a whopping 54,000 complaints.

Love Island’s Faye Winter and her behaviour in the villa came second.

Also on the list was Dr Hilary Jones’s Covid vaccine advice on Lorraine.

And This Morning’s segment on ‘lockdown pounds’ attracted complaints, too.