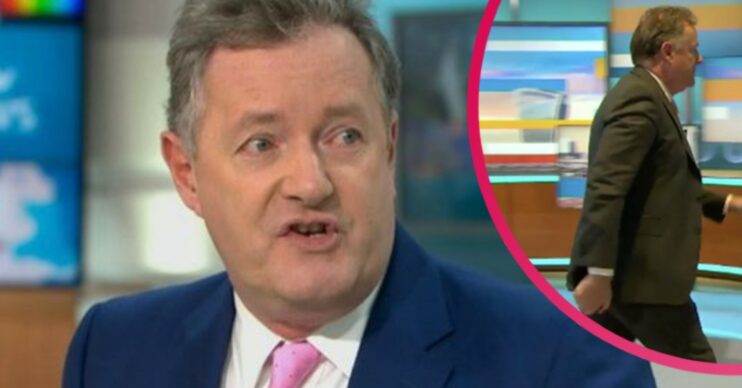 The ITV star was 'entitled to his views', says the UK watchdog

Ofcom has ruled that Piers Morgan didn’t overstep the line with his remarks about Meghan Markle on GMB.

At the time, he said he didn’t believe a word the Duchess of Sussex had said in her Oprah interview after she opened up about feeling suicidal and alleged there were ‘concerns’ within the family about her son Archie’s skin colour.

However, Piers has now revealed that Ofcom has ruled in favour of him. The watchdog says it has rejected the complaints made by viewers.

He said on Twitter: “Ofcom rejects all complaints against me over Meghan Markle furore that led to my exit from GMB.

“The verdict says I was entitled to disbelieve her & Prince Harry. And to restrict my right to do so would be a ‘chilling restriction on freedom of expression’.”

In its ruling, Ofcom said that Piers was entitled to his “strong views,” despite receiving more than 50,000 complaints.

Furthermore, Piers went on to ask ITV in a subsequent tweet if the ruling meant he would be getting his job back.

I’m delighted OFCOM has endorsed my right to disbelieve the Duke & Duchess of Sussex’s incendiary claims to Oprah Winfrey, many of which have proven to be untrue. This is a resounding victory for free speech and a resounding defeat for Princess Pinocchios.
Do I get my job back? pic.twitter.com/czhzeejYpa

“Ofcom is clear that consistent with freedom of expression, Mr Morgan was entitled to say he disbelieved the Duke and Duchess of Sussex’s allegations and to hold and express strong views that rigorously challenged their account,” the watchdog said in a statement.

“We also considered the statements made in the programme about race and racism had the potential to be highly offensive to some viewers.

“However, in the particular circumstances of this case, they were sufficiently contextualised. Therefore, our decision is that the programme did not breach the Ofcom Broadcasting Code.”

Fans rushed to comment on the ruling, with one replying to Piers’ tweet saying: “That tells you bullying is still profitable in Britain.”

“It says you have a right to an opinion,” said another viewer. “It does not make that opinion valid, or informed, or based on anything other than your sad obsession with this woman.”

However, others were approving of Ofcom’s decision.

One added: “Brilliant! Now let’s see @GMB plead with you to return.”

Another tweeted: “Good for you. You should always be allowed to express your views. I’m pleased about this.”

Piers quit Good Morning Britain in March following the furore that following his remarks about Meghan.

After a backlash over his reaction to Meghan’s mental health comments, Piers clarified and said it was “not for me to question whether she felt suicidal”.

He added: “My real concern was a disbelief frankly that she went to a senior member of the Royal household, told them she was suicidal and was told she could not have any help because it would be a bad look for the family.

“If that was true, A: If they’re still there they should be fired; B: the Royal family has serious questions to be answered about how they handled it.”