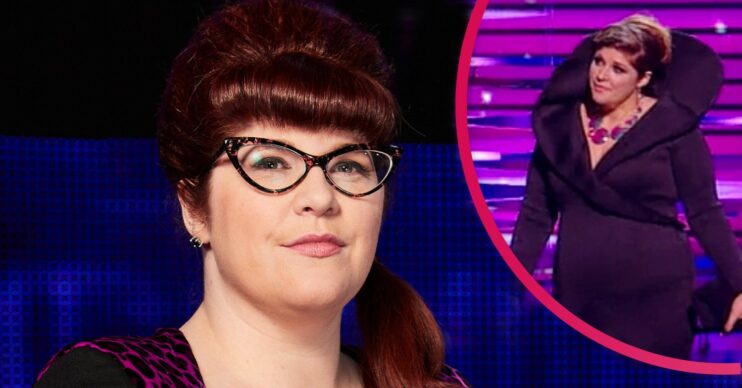 That was some outfit, Jenny!

Jenny Ryan stunned fans at last night’s NTAs 2021 (Thursday September 9) when she turned up at the ceremony in an incredible outfit.

Her transformation was so complete that viewers had to do a double-take – 39-year-old The Chase star Jenny looked “unrecognisable” according to some.

About last night… My epic #NTAs look was created by the amazing @designerbenmak who is a genius. Aided and abetted by Ryan Steedman on hair @ryansteed and Alice Bond on face. Necklace and earrings from @tattydevine. Fan model’s own. pic.twitter.com/d5L4MSlQCz

Jenny was at the O2 Arena to pick up another award – together with fellow Chasers Darragh Ennis, Shaun Wallace and Anne Hegerty she accepted the award for Best Quiz Game Show.

However, it was Jenny’s eye-popping outfit that was the focus of attention.

Viewers are more used to seeing Jenny in her trademark black outfit, glasses and beehive on The Chase.

Read more: Martin Compston and wife cheekily told to ‘get a room’ after PDA at NTAs

But at the ceremony she wore a black Ben Mak gown with metallic panels shimmering at the base.

She also rocked a dramatic collar, which extended high over her shoulders and her natural-coloured hair was styled in an up do.

As a member of the production team picked up the award, he told the crowd that the team had been referring to Jenny as “Count Duckula” all evening.

How did viewers react to Jenny Ryan at the NTA awards 2021?

Viewers immediately took to Twitter to voice their opinion on Jenny’s bold outfit.

Another exclaimed: “OMG how iconic does Jenny Ryan look[?]”

A third said: “OMG didn’t recognise Jenny Ryan with that Dracula get up.”

“Jenny Ryan looks like a Disney villain and I am OBSESSED,” another screamed.

Even Jenny said she was unrecognisable!

After the NTA awards 2021 Jenny took to Instagram to thank viewers for their votes… and address her outfit.

“Thank you so much to everyone who voted for Beat the Chasers in the NTAs – we really appreciate it.

“And thank you to these incredibly skilful and talented people for helping me get GLAM… in fact, so glam that nobody recognised me!”