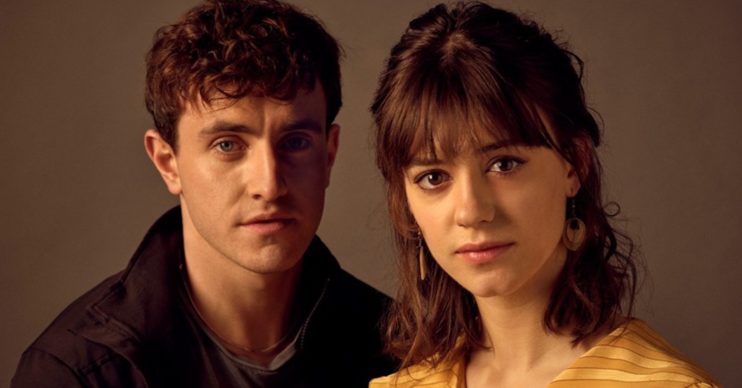 Is Normal People based on a true story? Sally Rooney discusses her bestselling novel behind the BBC drama

Normal People fans have been wondering if the BBC drama is based on a true story.

Sally Rooney’s bestselling 2018 novel of the same name is the inspiration behind the 12-part series.

And according to the author, Marianne Sheridan (Daisy Edgar-Jones) and Connell Waldron’s (Paul Mescal) journey isn’t entirely a work of fiction.

Here’s everything you need to know about Normal People…

Is Normal People based on a true story?

Normal People isn’t specifically based on a true story.

However, Sally has revealed in the past that elements of her novel were taken from real life experiences.

Like Marianne, she didn’t particularly enjoy her secondary school years.

She told the Guardian: “I think a large part of it was that it was being a teenager, which I didn’t enjoy.

“But I don’t respond to authority very well. I fundamentally don’t agree with accepting authority that you haven’t agreed to in some way.

“As a funnel – as a way of making children into adults – I don’t think it’s good practice.”

Just like Marianne and Connell, she too attended Trinity College Dublin and was on the student debate team.

It was here the Sally made her first real friends after struggling socially as a teenager.

“That was the first time that I’d had friendships that revolved around conceptual, political discussion,” she told the New Statesmen.

“I couldn’t quite get the hang of how to socialise as a teenager. I didn’t really understand it.”

However, as far as Marianne and Connell’s love story is concerned, the storyline is fictional.

How does Normal People end?

Normal People follows the story of Marianne and Connell.

The pair meet at secondary school and fall head over heels for each other but decide to keep their romance secret due to their social circles.

Connell is one of the most popular boys at school whereas she is a bullied outcast who doesn’t have any friends.

Fearing a backlash from his friends, Connell doesn’t take Marianne to prom and chooses a more popular girl instead.

Unsurprisingly, this breaks Marianne’s heart and she drops out of school, while he regrets his decision.

The pair don’t see each other again until they’re at university.

At Trinity College, the tables have turned however – Marianne is the popular kid and Connell is the loner.

However, they end up back together although the relationship isn’t without its dramas.

In the final episode of Normal People, Connell is over the moon after he’s accepted into an MFA program in New York.

He promises they’ll be together when he returns from the States in a year’s time.

While Marianne encourages him to take the offer, she tells him neither of them can promise they’ll be together in a year’s time.

She then acknowledges that they’ve both learnt what they needed from each other and that their lives have changed forever.

Is this the end of the road for Marianna and Connell?

Given the ambiguous ending, it sounds like a Normal People squeal could very well be in order…

Normal People is on BBC One, Mondays at 9pm.