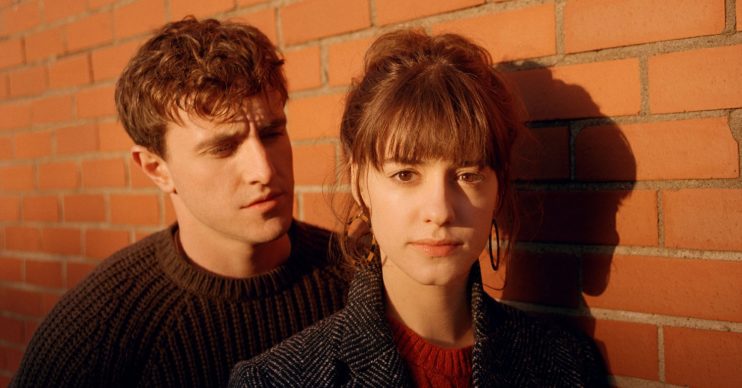 He's incredibly proud of it

Actor Paul Mescal, one of the stars of Normal People, has hit back at suggestions the new 12-part drama is like pornography.

The show, starring Daisy Edgar-Jones and Paul Mescal as young on-off couple Marianne and Connell, proved a hit when it landed via BBC Three last month.

Normal People is based on the best-selling novel of the same name by author Sally Rooney.

“I actually listened in yesterday, and I suppose I was a bit surprised,” he said. “But the last thing I want to do is sit and judge people for that, because they’re entitled to their opinion.

“My own perspective of it is, we worked hard to make it feel like it was a real, accurate and truthful representation of sex amongst young people.”

What record has Normal People broken?

It got underway on BBC One at the end of April, although all 12 episodes are available to watch on iPlayer at once.

And since then, it seems telly fans have been voraciously feasting on the programme. Its story charts Marianne and Connell’s deep but often turbulent romance. Chronologically, it sees them leave high school and head off to Dublin’s Trinity College and beyond.

Now, the BBC has revealed that Normal People has beaten Killing Eve in terms of total viewer requests.

We felt this piece would always be incredibly unique.

As reported by Metro, BBC Three saw over 21.8million requests for Normal People in the week following April 26, when it premiered.

This is more than double the 10.8million that previous record holder Killing Eve, starring Jodie Comer as assassin Villanelle, garnered in 2018.

BBC Three Controller Fiona Campbell said of the show’s success: “We’re delighted that Normal People has been such a success and so many people have come to iPlayer to watch it.

Speaking further, Fiona said show bosses knew the series would be “incredibly unique”. She added: “It’s clear the audience thinks so too.”

“It’s a modern masterpiece which has helped in catapulting the careers of two brilliant young actors,” she continued. “We’re looking forward to bringing more drama to BBC Three in the future.”

Have you finishing watching Normal People? Leave us a comment on our Facebook page @EntertainmentDailyFix and let us know what you think of it.