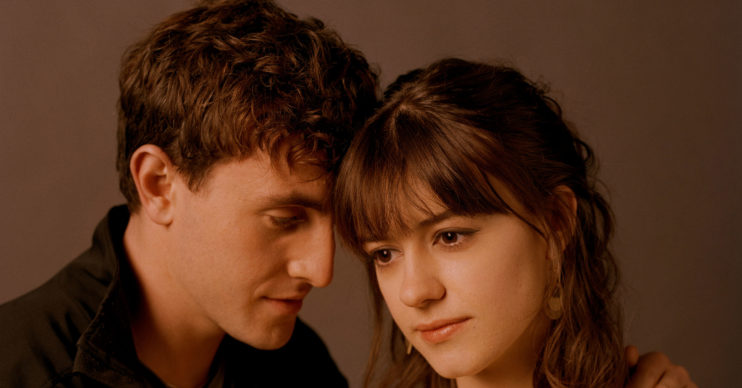 But the whole series – 12 episodes – is already on iPlayer and impressed viewers have been binge watching.

Many have hailed the drama – adapted from the 2018 smash-hit book of the same name by Sally Rooney – the best thing to hit TV since lockdown began.

Praise indeed – although it has been pretty slim pickings.

As we meet them in school, they seem totally mismatched – he is handsome and popular but lacking in self-confidence, while she is a loner who seems to revel in offending others.

But they are also both incredibly smart and neither feels that they fit in.

A passionate relationship begins and, although their love is clear for the viewer, it is constantly thwarted by their inability to communicate their feelings properly.

This theme is consistently revisited throughout the whole series.

Viewers have been struck by the rawness – and the impressive performances of the two lead actors Daisy Edgar Jones and Paul Mescal.

Some viewers have expressed shock at the number of explicit sex scenes and repeated nudity for a 9pm BBC One drama, though…

I think I’m turning into a massive prude, because there is WAY too much sex in #normalpeople for my liking 😂🙈 other than that, MUST WATCH SERIES x

So many unnecessary sex scenes in this show #NormalPeople

Let us know what you think of Normal People on our Facebook page @EntertainmentDailyFix!