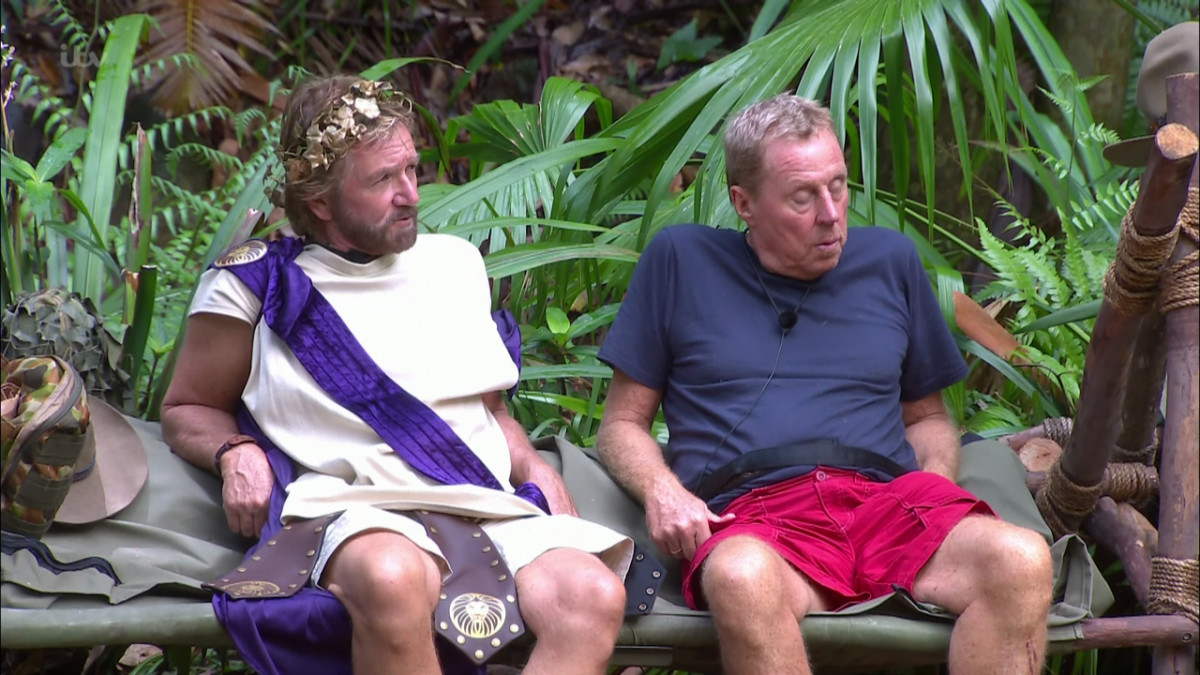 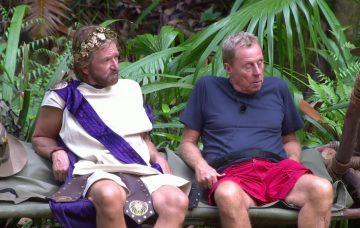 They shared a close bond in the jungle

The pair sparked up a bromance during Noel’s 10 days on the show when Noel was the Emperor and Harry, 71, his adviser.

Noel, who was voted off the show on Friday, has now opened up about his friendship with the former football manager, saying they had “such a laugh” in the jungle.

In an interview with the Mirror, Noel said: “I am worried Harry is finding it quite tiring. He hadn’t seen the show, that was the extraordinary thing, I took the [expletive] out of him.”

Speaking about he and Harry’s antics in the camp, Noel added: “We had such a laugh it was great. I think ­sometimes the others were a bit nonplussed why we were laughing.”

Deal or No Deal presenter Noel – who was the last celebrity to enter the Australian jungle – lost out in the public vote on Friday, making him the first star to leave the camp.

After leaving the jungle, Noel admitted he had a “very difficult 24 hours” away from his campmate Harry.

Meanwhile, at the weekend, Noel’s wife Liz admitted she had “a feeling” he was going to be voted off, but thinks his early exit is “very positive”.

Speaking to The Sunday Mirror newspaper, Liz said: “I thought he was going to go, I don’t know why, it’s just a feeling, but I think it will be for the good.

“Lots of people might be sad and angry he’s out but I’m really pleased. There is a reason for everything and usually around Noel those reasons turn out to be very positive.

“Think about it, his audience, all his old fans from Swap Shop probably don’t vote. The cosmos gives you everything for a reason. If this is the decision, then so be it.”

Noel was reportedly paid a whopping £600,000 to take part in the ITV reality show, but after lasting just nine days before being voted out, his pay apparently equated to £2777 a day.

Liz defended her husband of nine years, saying it isn’t “his fault” his pay was so high.

Were your sad to see Noel voted out? Leave us a comment on our Facebook page @EntertainmentDailyFix and let us know what you think!