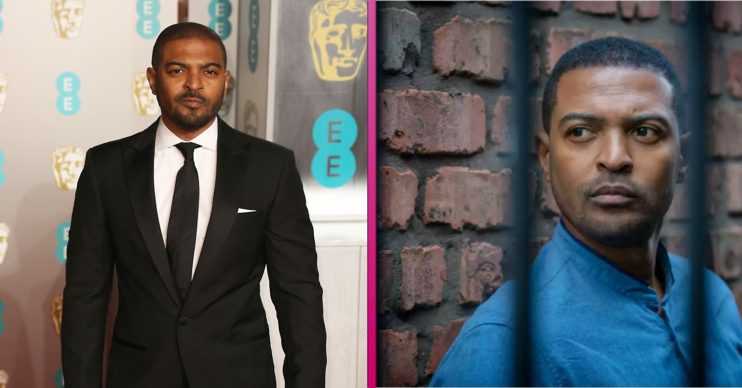 Noel Clarke in Viewpoint: How old is he and what has he been in before?

Noel Clarke is gracing our screens ITV crime drama Viewpoint all this week.

The actor plays the lead role of DC Martin Young a cop who’s part of an intense police surveillance investigation into the disappearance of primary school teacher Gemma Hillman.

The series will see Clarke set up his surveillance post in the home of a single mum as he focuses his efforts on the home of missing Gemma Hillman, which she shares with her boyfriend.

ITV describes the show as “a contemporary, character-driven mystery with a seductively intimate feel”. They added that it is “as much about friendship, trust and community as it is about solving a crime”.

We’re going to be glued to our seats…

Read more: Helen George on Call The Midwife: Who is she married to how old is the actress?

How old is Noel Clarke?

Born Noel Anthony Clarke, he not only acts but is a screenwriter, director, producer, and comic book writer too.

As an actor, he has steadily been making a name for himself since taking up acting classes at London’s Actors Centre after university. In 2003, he won the Laurence Olivier Award for Most Promising Performer. Six years later he went on to win the BAFTA Orange Rising Star Award in 2009.

Noel Clarke is married to Iris Clarke, and the pair live in London with their three children.

He described his three sons as “the absolute loves of his life” as he shared a picture on Instagram in March 2018.

He’s also posted updates with his three little ones on key moments such as Father’s Day.

What else has Noel Clarke been in?

Noel is no stranger to the big and small screen and has been building a solid career in TV and film over the past twenty years.

Eagle-eyed viewers will recognise him from his early beginnings in films such as Kidulthood, Adulthood and Brotherhood alongside actress Jamie Allen.

Dr. Who, when he starred initially as Billie Piper’s long-suffering boyfriend.

Most recently he has starred alongside Top Boy’s Ashley Walters in Sky series Bulletproof. The pair star as two NCA taking down criminals in London. The third series of the popular show recently aired.

However, Noel has commented recently that his new role with ITV is one of his most significant yet. Speaking to the Radio Times, Noel said: “One of the reasons that really attracted me to the part [was that] there was a stillness, and a real calm about the writing.

“I was just like, ‘I’ve never had this opportunity to play a role like this’. And furthermore, I don’t think anyone believed or has ever believed that I could do a role like this, in all honesty. So it was, you know, it was sort of a no brainer for me [to accept the part].”

When is ITV’s viewpoint showing?

Noel Clarke will be starring in ITV’s upcoming crime drama Viewpoint, which will air on ITV at 9pm over five nights from Monday, April 26 until Friday, April 30.

The British stars alongside some familiar faces from TV, including Coronation Street‘s Cath Tyldesley and The Fall’s Bronagh Waugh.

The series was filmed last year in Manchester, using various locations across the city. Viewpoint was the first ITV drama to begin filming after lockdown in the spring of 2020.