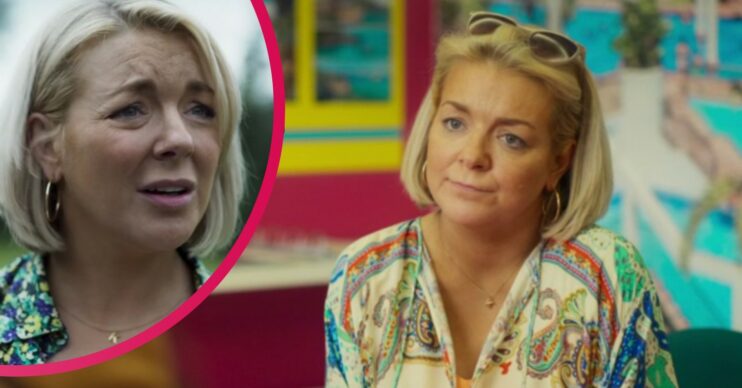 No Return viewers all say same thing about Sheridan Smith

Sheridan plays the role of Kathy, the mother of a 16-year-old son who is accused of sexual assault whilst on holiday in Turkey.

In last week’s episode, Kathy and her family’s holiday in Turkey took a turn for the worst when 16-year-old Noah got in a heap of trouble.

Noah was accused of sexually assaulting a 15-year-old boy called Milo, and was taken into custody.

By the end of the episode, it looked like he was going to be spending a very long time behind bars in Turkey, thousands of miles from home.

Read more: No Return episode 2: 6 burning questions after all those lies

In last night’s episode, there were, even more, twists and turns for viewers to navigate.

Milo, the 15-year-old who accused Noah of sexually assaulting him, retracted his statement.

Elsewhere, Kathy’s sister, Megan, looks to be on the brink of an affair, and Kathy and Martin’s marriage is hanging by a thread.

The family also doesn’t have a lawyer now either. There are so many questions remaining that need answering, and with only two episodes left, it looks like whatever happens next is going to be thrilling.

Viewer’s opinions on Sheridan Smith’s character in No Return

Whilst viewers have been wrapped up in the storyline of No Return, one thing is still bugging some of them.

Some viewers of the show have complained that they can’t seem to warm to Sheridan’s character, with one viewer even branding her “insufferable”.

“The Sheridan Smith character is very hard to like or even sympathise with,” one viewer said.

“Am I meant to like the mum because she’s insufferable,” another tweeted.

However, it seems like the fact that Kathy is hard to warm to is purely down to Sheridan’s talented acting.

As one viewer put it: “Can I just say what a performance from Sheridan Smith.”

What else was said about the show?

“Watching No Return, Sheridan Smith is excellent,” one viewer said.

“Binged watch the #noreturn series and by god @Sheridansmith1 plays a good role… definitely a storyline hard for any actor or actress to take on.. take a bow Sheridan Smith,” another said.

“Looking forward to watching this. Sheridan Smith is an outstanding actress, always puts her heart and soul into every project she takes on,” a third said.

However, not everyone was enjoying the show, or Sheridan’s performance as much as others.

“Every character that Sheridan Smith plays all come across exactly the same,” one viewer said.

“OK. I’ve sat through 2 eps now, it’s not getting better is it really?” another said of the show.

No Return continues on Monday, February 21 at 9pm on ITV. The whole series is available to binge on ITV Hub now.