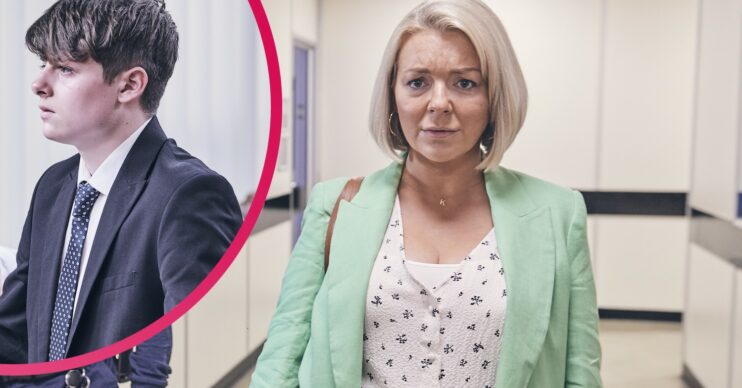 No Return viewers issue plea to ITV after disappointing ending

Could there be a return after all?

Fans finally found out the fate of teenager Noah, who was facing accusations of sexual assault during a family holiday in Turkey.

There are some spoilers ahead, so if you’ve not caught up yet, stop reading.

Read more: No Return ending explains what really happened between Noah and Milo in ITV drama

His desperate parents, Kathy and Martin Powell (played by Sheridan and Michael Jibson), were battling a corrupt judicial system to get him free.

Was Noah found guilty in ITV drama No Return?

Noah – played by Louis Ashbourne Serkis – stunned the court as he asked to have his say about what 15-year-old Milo was accusing him of.

He bravely revealed how Milo’s mum had called her son during a heated sexual encounter.

Noah explained that Milo had spat at him, looking at him with hate, following their hook-up.

Following some tense moments as the judges considered the verdict, they did not find Noah guilty of sexual assault.

Unfortunately, because Milo is only 15, a crime was still committed in Turkish law. Kathy was hysterical as the judge sentenced him to three years in prison.

There was a final twist, however, when the judge explained the sentence would be suspended and Noah was free.

However, fans think there were still too many loose ends left and have wondered if there is another series planned.

One fan wrote: “How bloody brilliant was No Return? Yes a few unanswered questions but I’m hoping that’s because there is a second series planned.”

Another agreed, adding: “So many questions left and that wasn’t a happy ending.”

Bloody hell how absolutely brilliant was #NoReturn 👏👏👏👏 yes a few unanswered questions but I’m hoping that is because there is a 2nd series planned 🤔🤔😁😁😁#noreturn pic.twitter.com/LTHCy5t9Vh

Read more: No Return viewers all have the same complaint about episode 3 of ITV thriller

“While I don’t think there should be another series (unless, like The Syndicate, it has different cast and plot), #NoReturn was very good.

“Sheridan Smith is superb, but star of the final episode was definitely the kid who played Noah,” one person tweeted.

Another said: “Well #NoReturn was extremely anticlimactic. Four weeks of my life wasted.”

Another added: “Hopefully No Return means exactly that and we won’t be getting an even more ridiculous second series.”

Another wrote: “Could have easily been done over 2 episodes but it got there in the end.”

And another mused: “If people want a second series of #NoReturn then what will they call it?”