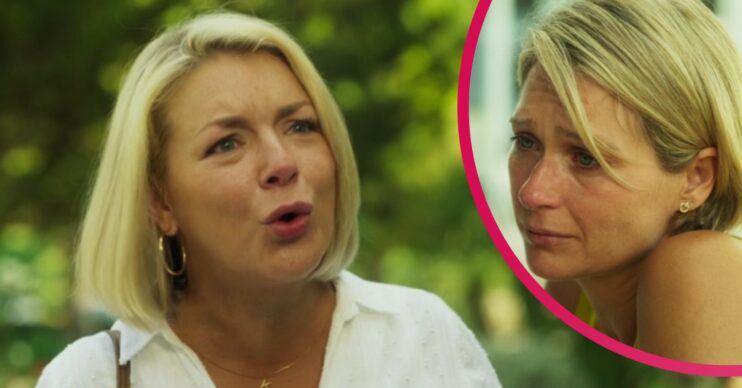 No Return viewers threaten to switch off after ‘slow’ episode 2

Some weren't impressed with the pacing of last night's episode

After two episodes of No Return, viewers have threatened to switch off Sheridan Smith‘s drama.

Some viewers slammed the show for being too “slow”, with some even considering turning the channel over.

What happened on Sheridan Smith’s drama, No Return, last night?

Last night’s episode saw the Powell family embroiled in even more drama whilst out on their holidays in Turkey.

In episode one, Kathy’s (Sheridan Smith) son, Noah, was arrested on the suspicion of sexually assaulting a 15-year-old boy, Milo.

However, in last night’s episode, Milo retracted his statement.

Elsewhere, Kathy and her husband Martin raised eyebrows by lying to each other continuously, and Kathy’s sister, Megan, looked to be on the brink of an affair.

Plenty of questions remain unanswered as the show heads into its final two episodes.

Why has Milo retracted his statement? What are Kathy and Martin going to do without a lawyer? And why has no one contacted the British Embassy yet?!

What did viewers say about episode two of Sheridan Smith’s drama, No Return?

However, not all viewers were as impressed with last night’s episode, with some branding it too “slow”. Some even went as far as to switch the ITV drama off!

“Episode two and three of #noreturn VERY SLOW AND CHUFF ALL HAPPENING… Could have done without these two really, surely it could have been a two-parter???” one viewer said.

“Good god this is slow,” another said.

“Just can’t get into this programme, time to turn off I think,” a third wrote.

“I’m not feeling this at all. Don’t think I’ll bother watching the rest,” another tweeted.

A fifth viewer said: “Catching up on #NoReturn it’s like a dark version of #Benidorm might switch off!”

What else was said about the show?

However, there was plenty of praise for No Return online though.

“This drama is more like it – I didn’t really like The Teacher but this is way better. This could happen to anybody, what a nightmare,” one viewer said.

“Watching No Return, Sheridan Smith is excellent,” another said.

“This is good, this is very, very good,” a third wrote.

Read more: No Return episode 2: 6 burning questions after all those lies!

“This programme goes far too quick,” another said.

No Return continues on Monday, February 21 at 9pm on ITV. You can watch the whole series on ITV Hub now.

What did you think of last night’s episode of No Return? Leave us a comment on our Facebook page @EntertainmentDailyFix and let us know what you think.