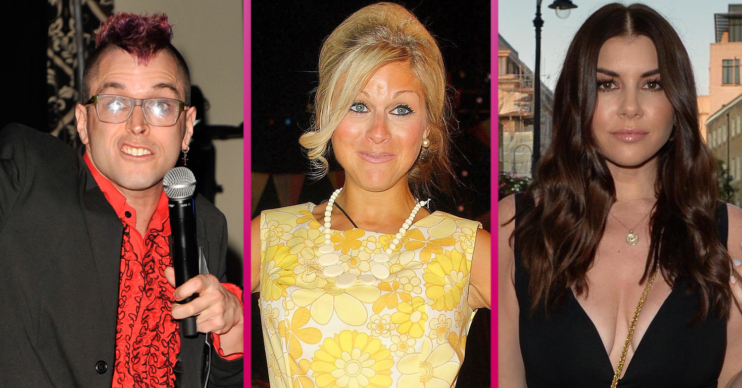 Nikki Grahame’s pals at war after her death: ‘Imogen has poisoned the last memories I had with Nikki’

Two of Nikki Grahame‘s closest pals are at war with each other following the star’s tragic death.

This Thursday (April 7), Channel 4 will celebrate Nikki’s life in a new documentary, Nikki Grahame: Who Is She?.

However, spoilers from the documentary and publicity ahead of it airing have added fuel to the burning feud between Nikki’s best pal Imogen Thomas and her ex-boyfriend Pete Bennett.

Imogen and Pete at war after death of Nikki Grahame

Earlier this week, in a clip seen by The Sun, Imogen launched a fresh attack on Pete and his friendship with Nikki.

Imogen referenced a picture Pete posted of Nikki ahead of her death where the star looked dangerously thin.

Imogen claimed: “They were never friends, him and Nik. He just rocked up at 1am with his girlfriend and took that picture. He only stayed for an hour.”

Imogen said she initially contacted Pete privately, politely asking him to take the picture down.

“He went off on one. I’ve got loads on my phone but I’d never post those photos online. It doesn’t even look like Nik,” she said.

“He then decided to go on every TV show and talk about her and this picture was popping up everywhere. It wasn’t nice for her mum and the rest of her family and friends.”

Earlier today, ED! contacted a rep for Pete, who hit back at Imogen’s claims.

Pete said: “I am depressed to see the recent attack on me by Imogen in the press just coming up to the first anniversary of Nikki’s death.

“The accusations are simply untrue and poorly timed.

“Respectfully she should let me grieve, let Nikki rest in peace, and stop milking it.”

He added: “That evening I stayed all night with Nikki and looked after her till the next day.

“I have several witnesses, including my then-girlfriend. She was a mental health nurse who dealt with anorexia.

“I put up the picture of us to get funds for Nikki’s anorexia treatment. I used my platform to help spread the word as much as possible.”

Pete then snuck in a jibe against Imogen.

He added: “Imogen’s warped view on my visit to Nikki and ridiculous self-righteous plugging of ‘being her best friend’ to gain some popularity with Nikki fans is overwhelmingly painful to watch.

“Nikki’s passing was very traumatic for me, and I’ve been in therapy to try and recover. Only I know how much Nikki loved me and what it meant to her that I visited that night.”

Pete claimed: “Imogen has poisoned the last memories I had with Nikki.

“I turned down the documentary for my mental health, but I hope it’s a beautiful send-off for her, regardless of Imogen.

Imogen has poisoned the last memories I had with Nikki.

“It is awful for Nikki’s close friends and me that this has been dragged through the papers. Imogen is a very sad person. I hope she gains a conscience one day.”

Nikki Grahame: Who Is She? airs on Channel 4 at 9pm on Thursday (April 7).