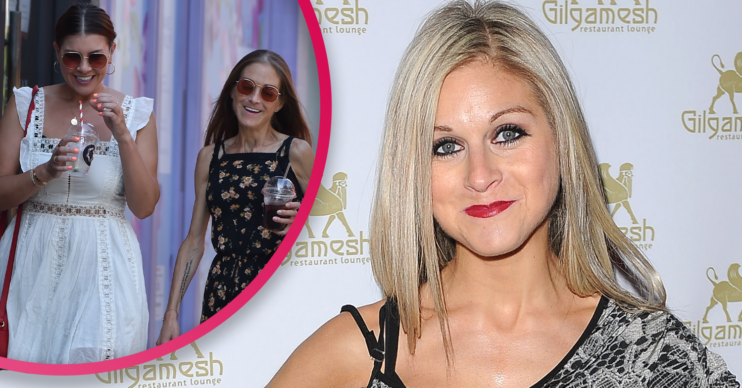 Nikki Grahame’s heartbreaking admission weeks before her tragic death: ‘She just couldn’t do it’

Nikki Grahame made a heartbreaking admission just weeks before her untimely death, her friend Imogen Thomas has revealed.

The Big Brother favourite – who met Imogen when they took part in the series in 2006 – died last April.

She had suffered from eating disorder anorexia since she was a child.

Now, in the run up to the first anniversary of her death, Imogen has revealed Nikki‘s heartbreaking admission in the weeks before her tragic death.

How did Nikki Grahame die?

Nikki had been hospitalised for treatment for her eating disorder in the weeks before her death.

The day before she passed away, she was released from hospital and sent home.

She had been planning to admit herself to a recovery clinic.

However, after speaking to her beloved mum Sue for the final time before bed the following day, Nikki sadly passed away in her sleep as a result of her anorexia.

Now Imogen has revealed one of her final conversations with Nikki, in which the tragic star admitted she “wanted to die”.

A new documentary airs later this week, paying tribute to Nikki ahead of the anniversary of her death on Saturday (April 9).

In a preview clip seen by The Sun, Imogen detailed a conversation with Nikki “a few weeks” before her death.

Imogen said: “She called me a few weeks before she died saying she wanted to die. She didn’t want to be anorexic.

“She really did want to fight this. But there was a part in her head that just couldn’t do it,” she said.

Imogen admitted she called and ambulance and tried to get Nikki sectioned.

However, at the time the star refused to go to hospital.

“She always said the hospital made her worse. The patients would have a competition to see who can be the thinnest. I tried to get her sectioned. She hated me for that,” she said.

Nikki appeared on the seventh series of Big Brother in 2006.

She became famous for her temper tantrums, including one where she ranted in the Diary Room: “Who is she?!”

She called me a few weeks before she died saying she wanted to die.

Nikki came fifth in the series, which was eventually won by Pete Bennett, who Nikki had a romance with.

Nikki Grahame: Who Is She? airs on Channel 4 at 9pm on Thursday (April 7).