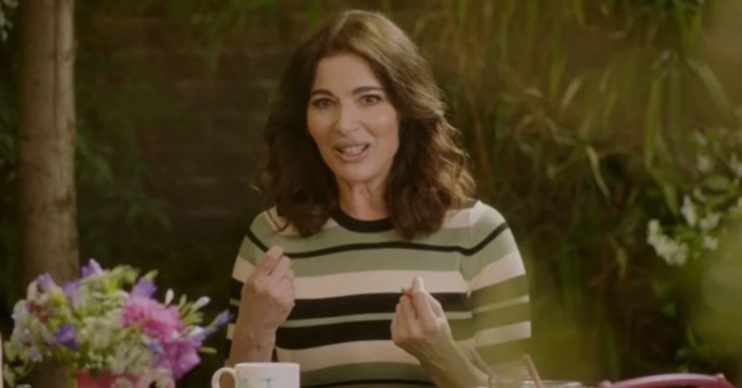 The comments are clearly grating on the culinary expert

Nigella Lawson has begged fans to stop mocking her over her unusual pronunciation of microwave.

Since then, Nigella has been caused a storm on social media.

The comments haven’t gone unnoticed with the culinary expert, who took to social media to hit back at the fooling around today (Wednesday, December 9).

In a series of tweets, Nigella said: “Well, I do say it like that, but not because I think that’s how it’s actually pronounced.”

She then pleaded: “Can this be the end of it now?”

Nigella’s followers rushed to support the star, with one commenting: “Real fans know its just something you do.”

Can this be the end of it now? https://t.co/QVc2FHJiMq

A second said: “Did people seriously not realise you were joking?”

A third added: “Please don’t ever stop calling it that though, it’s brilliant.”

How did Nigella Lawson pronounce microwave?

Instead of calling it a ‘micro wave’, Nigella jokingly referred to it as a ‘meekro-wav-ay’.

Appearing on the BBC show this week, she said: “I still need a bit of milk, full fat, which I’ve warmed in the microwave.”

On Twitter, stunned viewers loved the odd touch, with one calling it: “Truly iconic.”

While another asked: “What did Nigella just call the microwave?!”

The unique pronunciation follows shortly after the star shocked viewers with her toast buttering method.

Last month, she showed those watching at home how to butter toast.

She explained: “Sometimes, I just want an old-fashioned sandwich loaf, soft and squidgy.

“I favour the two-stage buttering approach and so far, only stage one has taken place.”

Nigella continued: “Stage two, now, ready for it… I need a little more butter and it will stay in some golden patches on the surface. But what I need to do is sprinkle some sea-salt flakes over it.”

However, viewers couldn’t believe how simple the double buttering was.