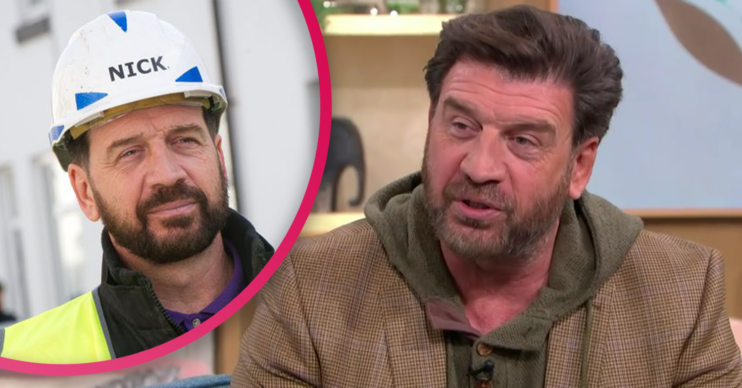 The home improvement favourite was on This Morning today

Nick Knowles has delighted fans of DIY SOS by revealing just when he’ll be returning to the show.

However, the question on everyone’s lips was about his much-loved home improvement show and just when Nick will return.

Of course, avid DIY SOS fans will know that Rhod Gilbert is standing in for Nick for this year’s Children in Need special.

However, will he stay on or will Nick return after that?

Following the furore around his Shreddies ad, Nick has now set the record straight.

What did Nick Knowles say about DIY SOS?

As he came to the end of his interview, stand-in host Andi Peters couldn’t help but slip in a quick question about Nick’s much-loved BBC show.

“So DIY SOS, you’ve not been on, we’ve missed you, but you are coming back?” Andi asked.

“Yes, I’m just missing one that they’re filming this September which is the Children in Need one,” Nick confirmed.

“Rhod Gilbert has very nicely stepped in and there’s a real heart, real empathy, so I think he’ll do a great job.”

Nick then went on to issue a plea to fans of his home improvement show.

He said: “There’s a real fuss on social media about me not being involved, but I’d encourage people to support it and donate, it’s for Children in Need.”

Nick then added: “Then I’m coming back to it this autumn.”

What happened with Nick Knowles and the Shreddies ad?

Nick landed himself in hot water with his BBC bosses when he appeared in an ad for breakfast cereal Shreddies.

He was seen in a hard hat and high-vis vest, much like he wears on the BBC show, and undertaking a house renovation.

BBC bosses took exception to the advert, saying it went against its advertising rules, and Nick announced he was stepping back from the special Children in Need show.

When will he be back on DIY SOS?

He’ll return once the Shreddies ad runs its course on screen.

“With the campaign still running, Nick will step back from the DIY SOS Children In Need special this year.”