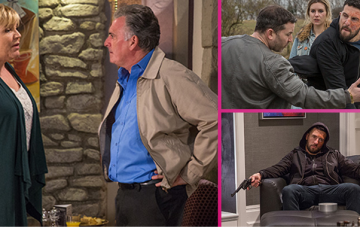 Next week’s Emmerdale in 9 dramatic pictures

Ross finds out some shocking news and Debbie is in danger as she crosses drug dealer Connor. Yep, it’s still all go in the Dales. 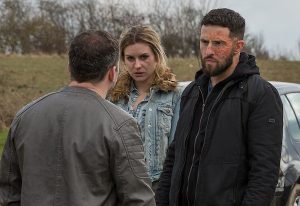 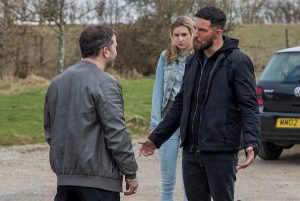 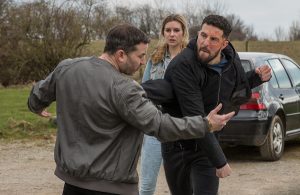 But not before he’s given him a fistful of fives. 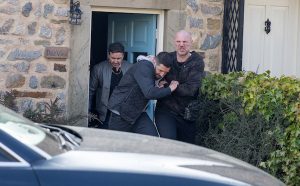 Ross is shocked when his car and the drugs get stolen while he’s talking to Debbie. 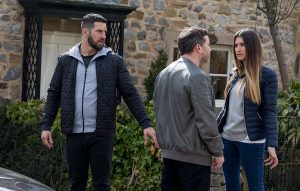 Connor tells Debbie she’s to blame and she either finds the drugs or pays up. 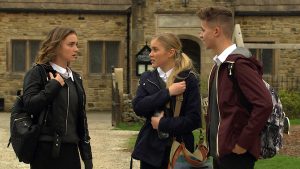 A scheming Leanna has a plan for when she, Gabby and Jacob miss the school bus. 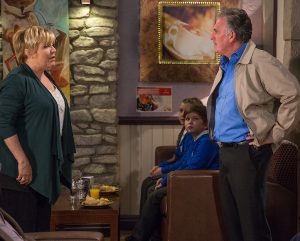 Bob tries to keep things civil in front of Cathy and Heath when he asks Brenda if he can pick his things up. 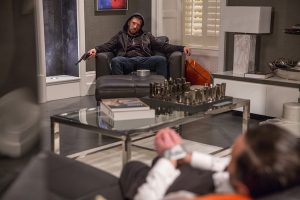 Ross lets himself into Home Farm after finding out Simon was paid to keep quiet. 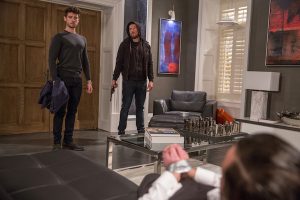 Ross confronts Joe with a gun but who gets shot?