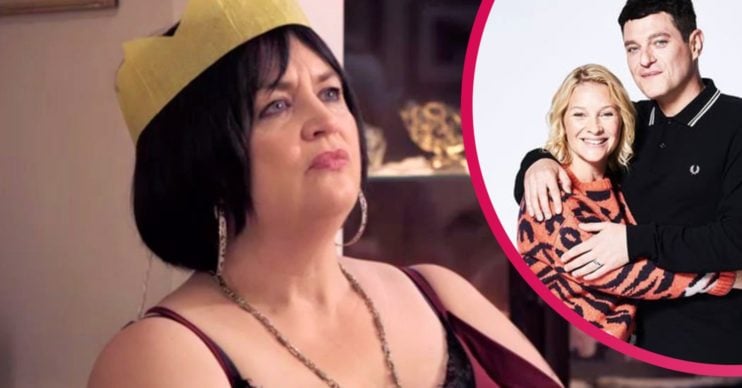 Fans want to know if there will be another Christmas special

Gavin and Stacey will return for a new episode, the show’s co-creator James Corden has revealed.

However, in sad news for fans of the BBC show, it will only come back for one final episode.

The beloved sitcom has been a favourite among the British public for years.

Last year, it returned for a Christmas special that became the most watched show of the decade.

As a result, fans have been clamouring for news of another comeback ever since.

Will there be a new Gavin and Stacey episode?

“We’re always talking, all of us, and Ruth [Jones] and I talk all the time,” Corden told Metro.

“I hope so much we do it. The next one will really be the last, final part, and that is a little too much pressure for my chest to take at the moment, if I’m honest, in amongst the anxiety of 2020,” he continued.

The next one will really be the last, final part, and that is a little too much pressure for my chest to take at the moment, if I’m honest, in amongst the anxiety of 2020.

“If I had any notion of trying to make another Christmas special, I don’t think I’d be able to breathe. So we’ll cross that bridge when we get to it. But I promise you, we won’t lead you over that bridge unless we think it will be worth the journey,” added the star.

Will there be a Christmas special this year?

After last year’s ratings-smashing Christmas special, fans have been desperate for James Corden and Ruth Jones to write another one.

Sadly, their wishes have gone unanswered, at least for the time being.

However, things aren’t all bad.

Actors Joanna Page and Mathew Horne, who played Gavin and Stacey in the hit BBC comedy, are reuniting.

Mum-of-three Joanna, 43, hosts a weekly Sunday morning show for BBC Radio Wales and confirmed Mathew would be joining her.

She said in a statement: “I absolutely love Christmas and I’ve been having a fantastic time doing my show on BBC Radio Wales.

“So when it came up that we could do a Christmas day show I knew that if there was anybody I’d want to share that with, it’s Mat.

“I love working with him, he’s so much fun.”