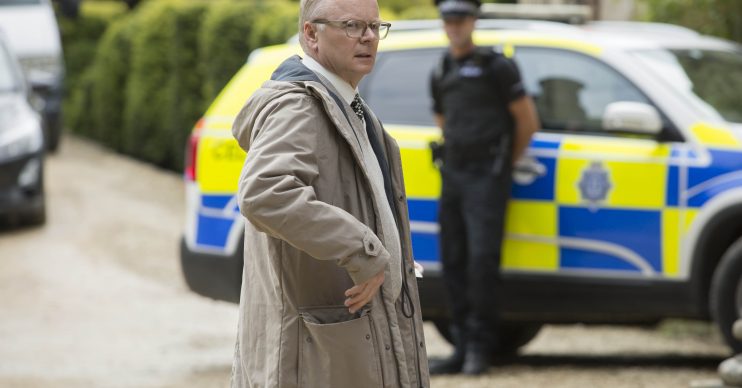 Ever that raincoat looks familiar...

The two-hour episode paired together an ‘odd couple’ of detectives in the beautiful city of Bath.

Dismissed by his colleagues as a buffoon-y dinosaur, Dodds had hidden depths.

He spent a lot of time doing research about the crime and his absent-minded manner tricked his suspects into confessing more than they’d have liked.

And if this put you in mind of another legendary detective, you were in good company.

Twitter was awash with viewers comparing him to Peter Falk’s iconic character, Columbo…

Dodds kind of reminds me of Columbo
That’s why I like him!#mcdonaldanddodds pic.twitter.com/QeP4pnRMpt

Anyone else get the Columbo vibe from Dodds character? Wearing a mac and befriending the killer? #mcdonaldanddodds

The duo were looking into a murder at the home of rich inventor Max Crockett (Robert Lindsay).

Max was the head of a family of three grown-up daughters, each one vying to inherit his fortune.

The first episode took a little while to introduce all the characters, and some viewers weren’t that happy with the pace…

#mcdonaldanddodds It’s not working. Sick of hearing about London. Story could be condensed into a one hour slot. Trying to be too much like Columbo and McDonald is a pointless character- Dodds can carry this on his own. Major disappointment!

Read more: Ralph Little to stay in next series of Death in Paradise despite exit fear

But over all, it looks like a lot of people want to watch a drama that’s not gory or violent or causes them to have nightmares when they go to bed.