The new dad said he accidentally ordered his trousers in a size too small and didn't have time to try them because he's been juggling work and being a daddy to baby son Rex.

After Joe spoke about his two sons, Harry and Rex, Ben joked: "And what's really cute is Joe has come in this morning with Harry's trousers on." 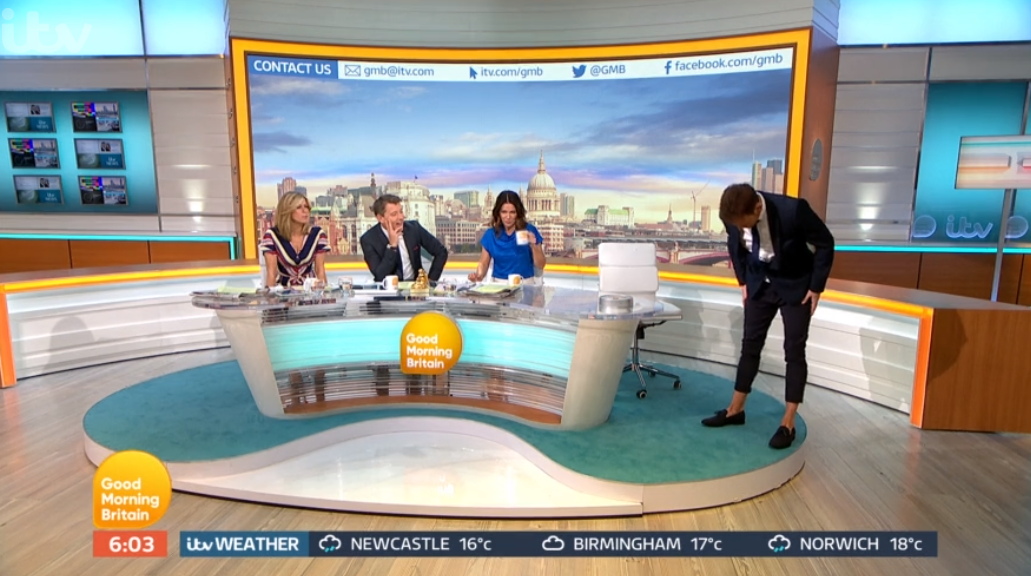 The camera then showed Joe's trousers, which barely reached his ankles.

Susanna Reid quipped: "And did Harry steal your socks?"

Joe explained: "I ordered them from a website and they arrived yesterday. I didn’t try them on till this morning."

Ben joked: "Were they from Gap Kids?" to which Joe said: "They are not kids trousers Ben!" 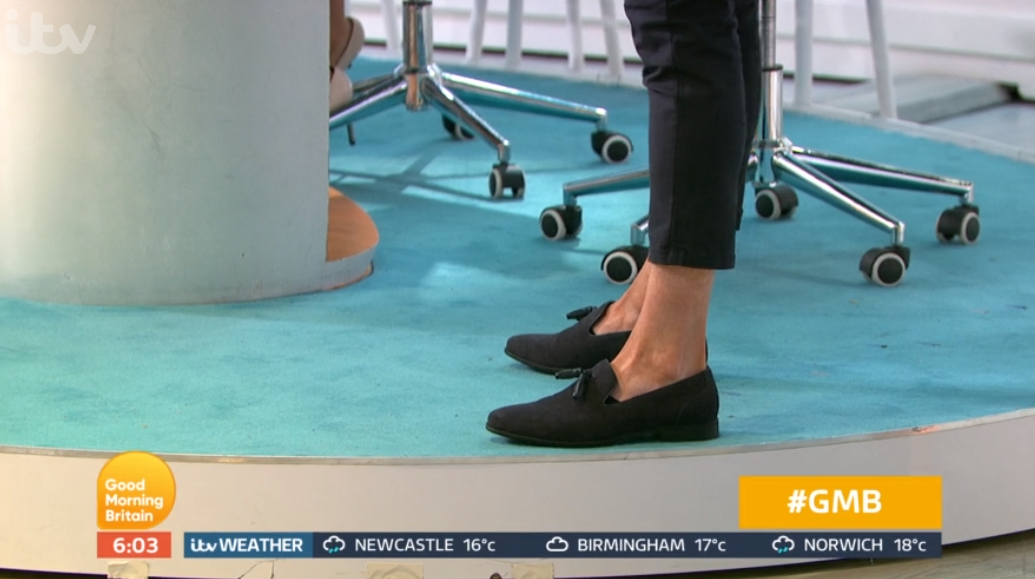 Joe didn't try on his trousers before the show (Credit: ITV)

Ben asked: "Why so short then?" as he laughed.

Joe said: "I thought I'd go for ultra skinny and slightly higher."

Like don't go to school in your son's trousers.

Kate Garraway added: "It was just his little face when he emerged from his dressing room and said, 'oh Kate I've had a little bit of a problem.'

"I looked out and went, 'it really is a little bit of a problem.'"

Later in the show, Joe's short trousers were bought up in conversation again as the star gave the latest showbiz and entertainment news.

Looks like fatherhood is taking its toll on @realjoeswash wardrobe and @benshephard is not letting him off lightly. 😂#GMB pic.twitter.com/YJ4fUYlBFN

While talking about Love Island's Curtis Pritchard, who gives advice to his fellow islanders on a regular basis, Joe said: "Sometimes in my life I need advice.

"And I think he would be very handy."

Ben quipped: "Like don't go to school in your son's trousers," to which Joe said: "That's a cheap shot, that."

Joe then poked fun at Ben's team losing at Soccer Aid last weekend, saying: "Unlucky about the penalty though. You lost."

Ben joked: "Let's go to VAR on the trousers." 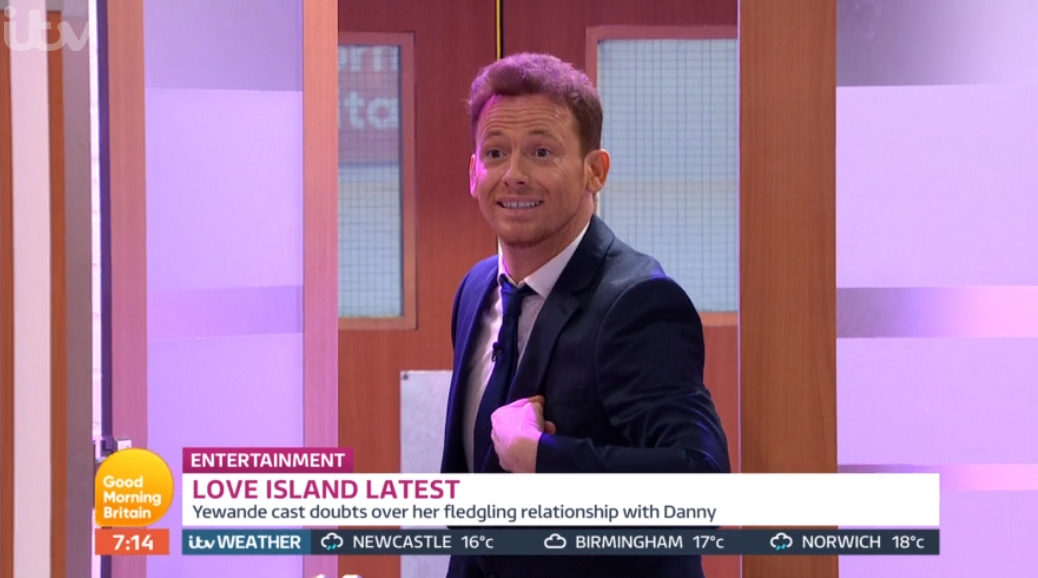 Read more: Stacey Solomon vows revenge on Joe Swash as he shares candid photo of her with baby son

Joe then walked off set, shouting: "Someone sort these trousers out, will ya?!" as the hosts burst into laughter.

During the show, Joe opened up about his baby son Rex and praised his girlfriend Stacey Solomon.

He said: "He’s four weeks old my little boy. He is tiny. He was only a little tiddler but he’s put on loads of weight now so he’s back to birth weight so he’s ready.