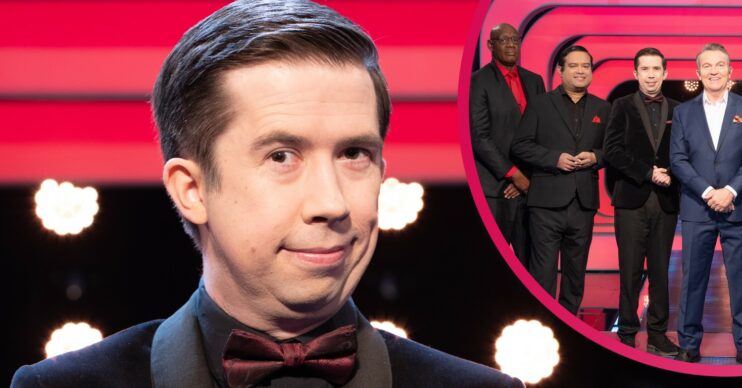 Issa is replacing Anne Hegerty on this series of the show

Beat the Chasers is back tonight for a new series and it will welcome a brand new Chaser, Issa Schultz.

But ahead of his debut, Issa took to Twitter to apologise to his followers who may have been looking forward to hearing from him during tonight’s show.

Issa, 38, explained that when the show airs on Monday night, it’ll be 6am his time meaning he won’t be live tweeting.

Issa is Australian and is currently Down Under.

He said: “It’ll be 6am my time when BTC goes out, so my apologies for not live tweeting.

“Trust me this ain’t a pretty sight at 6am (or pm actually haha).”

It’ll be 6am my time when BTC goes out, so my apologies for not live tweeting. Trust me this ain’t a pretty sight at 6am (or pm actually haha) 🛌 😷 😆 #beatthechasers

Issa is replacing Anne Hegerty on this series of the game show.

Earlier this year, Anne confirmed she wouldn’t feature because she caught Covid-19 during filming.

In March, the star – aka The Governess – explained to her followers on Twitter: “Unfortunately I’ve contracted COVID-19 so won’t be filming this series of #BeatTheChasers.

“The fantastic @Issa25 will be stepping in for me and I’m looking forward to watching the series when it’s on air later this year.”

Who is Issa Schultz?

Issa is a Chaser on the Australian version of The Chase.

He goes by the quiz name The Supernerd.

He recently spoke about replacing Anne on Beat the Chasers as he flew to the UK from Brisbane to film.

Issa told The Sun‘s TV Mag recently: “I got a last-minute call to step into The Governess’s cold and chilly shoes.

“What a delight. It was close to 1am Brisbane time – I’m a night owl and my Australian boss said to the UK bosses: ‘Just call him, he’ll be up.’ And then I was on the plane, I think it was close to 9am that very morning.”

Bradley Walsh will return as host.

Beat the Chasers airs on ITV, tonight, at 9pm.

Will you be watching? Head to our Facebook page @EntertainmentDailyFix and tell us.