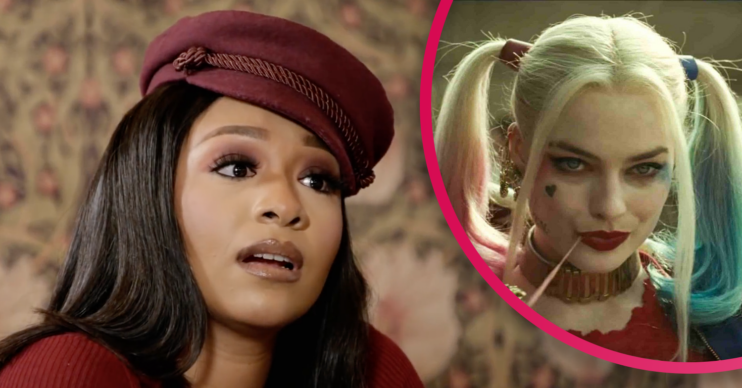 Netflix Top 10 UK: What is everyone watching today, Thursday July 29?

What to watch on the streaming service this week!

The Netflix UK Top 10 is constantly changing, but what’s most popular today (July 29)?

Can’t decide what to watch? Then fear not, as we’ve rounded up what critics are saying about the most-watched shows and films on Netflix right now.

They might be trending on the Netflix Top 10 in the UK, but are they worth your time?

What’s the synopsis? “When a group of terrorists hijacks an overnight transatlantic flight, a mysteriously ill woman must unleash a monstrous secret to protect her young son.”

What are the critics saying? “It’s the type of plot that screams action-horror spectacle, yet this high-altitude thriller defies expectations from the start.

“A beating heart of familial love pumps through the veins of this intense horror-thriller with a vicious take on vampire lore.”

What’s the synopsis? “A secret government official releases the world’s worst super villains from prison to have them stop an impending apocalypse in exchange for freedom.”

Will Smith, Jared Leto and Margot Robbie star in this 2016 blockbuster.

What are the critics saying? Rotten Tomatoes didn’t exactly give the film a glowing review.

“Suicide Squad boasts a talented cast and a little more humor than previous DCEU efforts, but they aren’t enough to save the disappointing end result from a muddled plot, thinly written characters and choppy directing,” was the general consensus!

3. Love is Blind: After the Altar

What’s the synopsis? “Nick and Vanessa Lachey host this social experiment where single men and women look for love and get engaged, all before meeting in person.

“Now, after two years, the Pod Squad gets ready to reunite, sharing personal updates — and dissecting shocking drama — along the way.”

What are the critics saying? It’s fair to say they’re divided.

One commented: “Netflix’s new three-part follow-up asks viewers to spend a lot of time catching up with people we weren’t all that invested in to start with.”

But another said: “As silly and contrived as Love Is Blind: After The Altar is, it’s still a good way to catch up with the cast, even if the fights that they’re inevitably going to have are pure reality cheese.”

What’s the synopsis? “A woman’s daring sexual past collides with her married-with-kids present when the bad-boy ex she can’t stop fantasising about crashes back into her life.”

There’s also a lot of talk about leading man Adam Demos and if his penis in that shower scene is real!

What’s the synopsis? “Searching for a fresh start, a nurse practitioner moves from LA to a remote northern California town and is surprised by what — and who — she finds.”

Read more: What is Virgin River about and why do you NEED to watch it?

What are the critics saying about Virgin River? “Couldn’t wait for season 3 and theyitdefinitely did NOT disappoint. One day and almost finished watching. Every scene so naturally done. And every bit of scenery shown is so beautifully calming.

“GREAT job AGAIN to the writers and storytellers of this show. The cast bring it all to life so effortlessly. Bring on season 4!” said one fan.

What’s the synopsis? “Not only is this accountant able to dig deeply into a company’s books, he’s also an expert assassin, and his new client can use both skills.”

Ben Affleck and Anna Kendrick star in this 2016 crime thriller.

What are the critics saying? “A fantastically convoluted, over-extended but watchable action thriller whose many dangling loose ends, subplots and side characters are finally tied up with a showy flourish.”

7. Never Have I Ever

What’s the synopsis? “After a traumatic year, an Indian-American teen just wants to spruce up her social status — but friends, family and feelings won’t make it easy on her.”

Read more: Everything that’s arriving on Netflix this August

What are the critics saying about season 2 of the Mindy Kaling show? “Binged watched the entire second season in one go and it’s been a hell of a ride.

“I feel like the second season had so much more to offer and I’ve gotten a little more attached to the chaotic life of Devi Vishwakumar.”

What’s the synopsis? “Join plucky piglet Peppa and her family and friends for everyday adventures that prove there’s learning and laughter to be had anywhere you look.”

What are the critics saying? It’s a mixed bag for the pig who loves jumping in muddy puddles. Some critics think it’s “truly terrible”, while others are “in love” with Peppa!

What’s the synopsis? “Junior and his fellow storks only deliver packages now, but they’ll have to make an exception when one very special baby order squeaks through.”

What are the critics saying? “Colourful animation and a charming cast help Storks achieve a limited liftoff, but scattershot gags and a confused, hyperactively unspooled plot keep it from truly soaring.”

What’s the synopsis? “After reuniting with a lost love, firefighter Alexey retires to begin a new life — but the Chernobyl disaster suddenly plunges him back into danger.”

What are the critics saying? “Chernobyl 1986 may not get out of the trappings or the cliches of disaster films, but with well-designed action scenes, heartfelt emotions, and the portrayal of the human psyche, this is worth watching.”

What will you be watching from the Netflix Top 10 UK? Leave us a comment on our Facebook page @EntertainmentDailyFix and let us know.