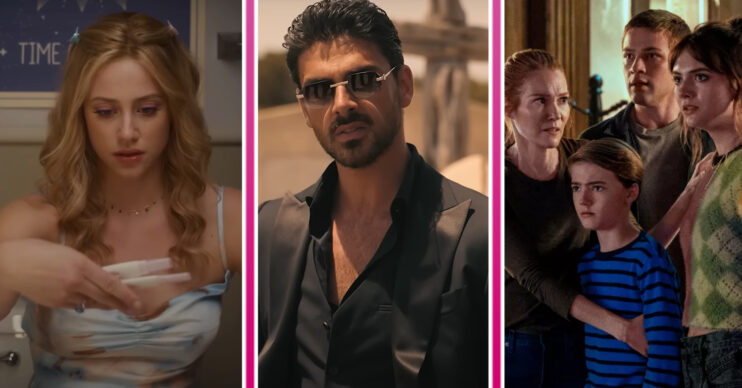 Netflix: The Next 365 Days is the jewel in the August crown

The lack of good TV in the summer is always enough to get us down but things are looking up with these Netflix new August releases!

From shows that are returning to new originals and a new 365 Days film – Netflix is looking good this August.

Here’s everything new coming to the streaming platform this month!

Netflix confirmed the show will begin on August 26.

The show centres on Ingrid Yun, an idealistic young lawyer.

She struggles with her moral compass and her passions as she fights to climb the partner track at an elite New York City law firm.

The Sandman is another new Netflix original

Based on the famous Neil Gaiman comics, this highly anticipated series starring Gwendoline Christie is finally out this August!

It follows a wizard named Dream who is the personification of dreams.

As he escapes decades of imprisonment, he sets about to reclaim his lost belongings.

And if you’re a Jenna Coleman fan, you can catch the actress in this show as Johanna Constantine!

Season 2 of Delhi Crimes is new to Netflix this August

You might have caught season one of Delhi Crime on Netflix previously.

It’s a Netflix original based in India.

It’s based on the true story of the Nirbhaya case and follows the Delhi Police investigation into the finding of the men who perpetrated this crime.

The second series follows Neena and DCP south district being left shocked when a new case about senior citizens lands.

Read More: Persuasion on Netflix: Why critics and fans already hate it after watching trailer

If you’ve been waiting for the third and final series of this supernatural Netflix series – it’s finally here!

It will be the final outing for the Locke family.

In a statement, show runners Carlton Cuse and Meredith Averill said: “Once we began working on the series, we felt three seasons was the ideal length to bring the story of the Locke family and their Keyhouse adventures to a satisfying conclusion.”

All the key cast members are returning and you can watch the show on August 10.

If you want to catch up on the series – the first two seasons are available on Netflix now.

Never Have I Ever returns to Netflix with its third season

Never Have I Ever fans – the Mindy Kaling penned show is back on August 12!

Daxton fans especially, this is your season as Devi and Paxton are finally an official couple.

But not everything is perfect. Devi gets popularity with her new romance but also gets haters.

Can she overcome her insecurities and stay with Paxton?

And will Ben really be able to let her go after he learned that Devi wanted him first?

Netflix has announced that the show will have one more season, releasing next year, before ending.

Look Both Ways is new to Netflix this August

This new Netflix original film has been getting a lot of interest – especially since the overturning of Roe vs Wade in the US.

In one, she becomes pregnant and must navigate motherhood in her Texas hometown, co-parenting with her friend Gabe.

In the other, she’s not pregnant and she moves to Los Angeles to pursue her career, meeting new love interests along the way.

You can watch the movie on August 17.

Read More: 365 Days on Netflix: Are they REALLY having sex ?

If you were a fan of the first two Polish erotica films – the third and final movie in the trilogy will release on August 19!

It’s called The Next 365 Days and will hopefully answer the massive cliffhanger the second movie left with.

Netflix says this about the third film in the trilogy: “Laura and Massimo’s relationship hangs in the balance as they try to overcome trust issues and jealousy.

“While a tenacious Nacho works to push them apart, whose 365 days may come to a close?”

Netflix has also released the first four minutes of The Next 365 Days here which you can watch below here!

It looks about as bonkers as the rest of the 365 days movies – as the clip confirms Massimo’s twin brother is dead… or is he?

What will you be watching on Netflix this August? Leave us a comment on our Facebook page @EntertainmentDailyFix and let us know what you think of this story.

365 Days Jenna Coleman Netflix Never Have I Ever