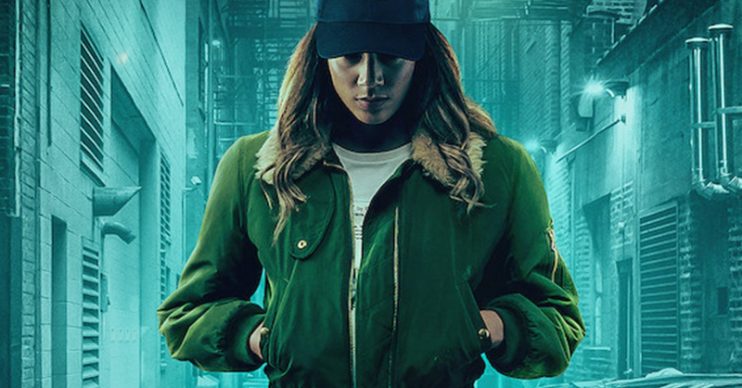 With coronavirus forcing every Tom, Dick and Harry into self-isolation, Netflix has decided to throw some good news our way – the Netflix Party. The streaming platform’s new feature, Netflix Party, means you can still watch the box with your friends online even if you aren’t under the same roof. What is a Netflix Party? […]

With coronavirus forcing every Tom, Dick and Harry into self-isolation, Netflix has decided to throw some good news our way – the Netflix Party.

The streaming platform’s new feature, Netflix Party, means you can still watch the box with your friends online even if you aren’t under the same roof.

What is a Netflix Party?

“Join over 1,000,000 people and use Netflix Party to link up with friends and host long distance movie nights and TV watch parties today!”

Of course, if you’re thinking of hosting a Netflix Party, you’re going to need to know what’s hot on the streaming platform right now – and fortunately, we’ve got your back.

What are the best films and TV series on Netflix right now?

But here’s what’s worth making your Netflix Party list…

In addition to RuPaul, expect appearances from the queen that is Michelle Visage and hip hop legend Nicki Minaj.

New to Netflix, Self Made is based on the real life of Sarah Breedlove aka Madam C. J. Walker.

She was just seven-years-old when both of her parents died, leaving her orphaned and forced to work in a cotton field with her big sister Louvenia.

Seven years later, she found herself married to man named Moses McWilliams, with whom she had a daughter.

However, he tragically died too, leaving her a widow when she was just 20-years-old.

Following her loss, Sarah and her daughter moved to St Louis where her life was transformed after she started attending the African Methodist Episcopal Church.

Sadly, that’s not where her heartache ended.

Fancy a good scare? Look no further than It.

The 2017 remake of Stephen King’s classic is now airing on Netflix.

Just make sure everyone’s internet connection is stable because this isn’t a film you’ll want to watch alone.

This heartbreaking film is based on a true story – the disappearance of Shannan Gilbert.

Officers took over an hour to respond to the call, by which point, Shannan was no longer at the scene.

When her mother files a missing persons report, it’s not long before she suspects a possible cover-up and takes matters into her own hands.

6. Pandemic: How to prevent and Outbreak

Eerily, this docu-series dropped on Netflix BEFORE the coronavirus outbreak.

Told from the perspective of health experts, it reveals how the world would not be prepared if another flu pandemic were to occur.

Doctors featured in the series also warn that thousands would die.

Watch the trailer before deciding whether to add this one to your Netflix Party menu because it looks creepy AF.

The multi award-winning film, which just dropped on the streaming platform, is about hostages who are kept against their will in what can only be described as a rotating verticle prison.

On each floor, there are two prisoners with a limited food supply to go around the entire building – those at the top have the most while those at the bottom starve as they fight to survive on leftovers.

Unsurprisingly, it’s not long before scenes of horror ensue. 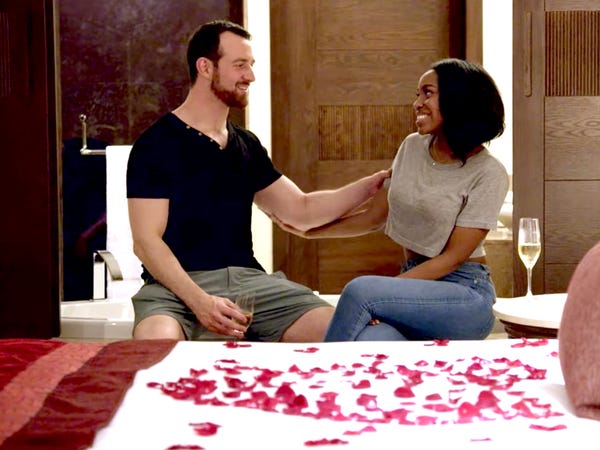 This dating reality series has had viewers hooked from the get-go.

If you’ve got a Love Island-shaped hole in your heart right now, Love is Blind could be the solution.

There’s no pool, villa or fire pit, but couples do actually get married at the end of this series.

Watch it now, thank us later.

You can’t go wrong with a bit of Ross, Chandler, Joey, Rachel, Monica and Phoebe.

If you need a bit of escapism from everything that’s going on right now, Netflix has every single of episode of Friends available to watch right this second.

Netflix Parties don’t get better than this.

There’s a good reason this show has been trending all month – it’s brilliant.

Based on the novel by Harlan Coben, this crime drama unravels the mystery behind a relentless stranger who destroys lives by exposing secrets.

Adam Price is one of the stranger’s victims and his life is crushed to pieces when a devastating bombshell is dropped about his wife.

Honestly, this series is packed with twists, turns and cliffhangers you could never see coming.

Fingers crossed series two is in the works.

Netflix dropped this yesterday (March 23) and fans are already hooked.

The docu-series is based on the true story of Joe Exotic, a wild cat-keeper based in Oklahoma who was sentenced to 22 years in prison in January 2020 for a string of charges – including trying to hire a hitman to kill his rival.

Unbeknown to Joe at the time, the hitman he approached was actually an undercover FBI agent.

Don’t miss out on this one if you’re fan of true crime.