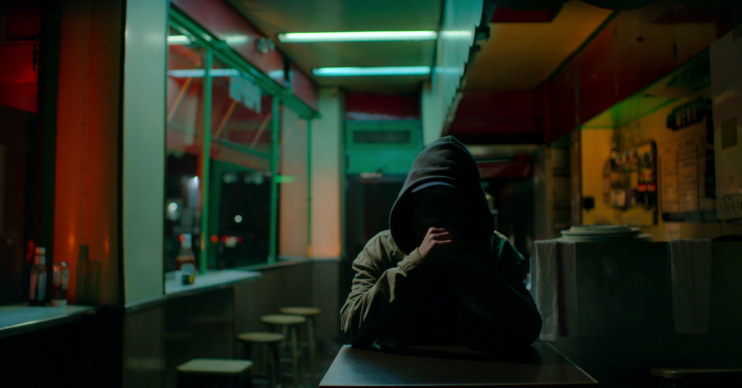 The man is known only as 'Arthur' in the film

A spy who successfully infiltrated far-right extremist organisations in the UK tells Nail Bomber: Manhunt he’s still living in fear for his life.

In the run-up to the events, a man known only as ‘Arthur’ began infiltrating extremist groups in a bid to feedback information to the police.

Declaring the idea of being a spy “a buzz”, he became a frequent face at British Nationalist Party (BNP) rallies.

“We projected ourselves as decent, honourable, law-abiding citizens, but people were distributing hit lists or Nazi propaganda, bomb manuals,” he says.

In the 10 years he spent within the group, Arthur admits that he began feeling indoctrinated in the group, becoming ‘immune’ to the racism and even questioning whether the Holocaust actually happened.

“I’d love to say that I thought it was all bulls**t, but definitely they indoctrinated me,” he explains.

“I was thinking, ‘Maybe I’m naive, that I follow the mainstream’.”

How did Arthur meet the Nail Bomber?

Eventually, Arthur played an essential role in getting Copeland arrested for his crimes, meeting him at rallies and hearing him talk about hatred for ‘people with brown faces’.

However, he lives with guilt over not catching him sooner.

“I wish we had been able to stop it, to stop people being killed and injured,” he says.

“I think about that a lot – I thought I got over it, but it comes back.”

A decade later, Arthur left the group, but continues to fear his real identity being revealed.

“These are dangerous people,” he tells cameras. “They still believe I’m a Nazi.”

What happened in the 1999 London attacks?

First was Brixton Market on Electric Avenue on April 17th because of its Black population.

This explosion proved the most devastating, with three dying as a result and four others losing limbs.