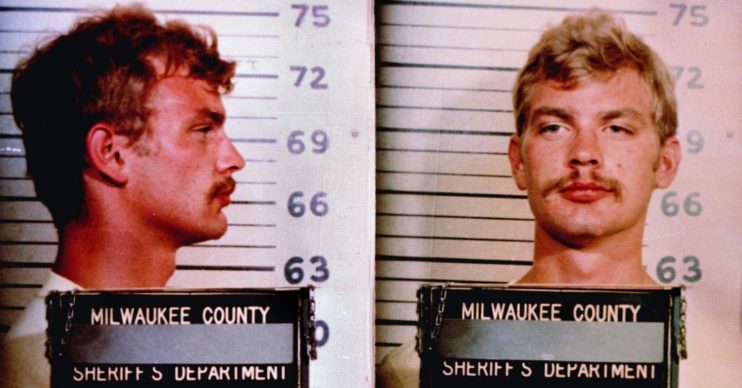 Netflix’s Monster: The Jeffrey Dahmer Story: Did he eat his victims?

The 'Milwaukee Monster' was an US serial killer and sex offender, who raped and dismembered his victims

Jeffrey Dahmer is the focus of a disturbing new drama series to be aired on Netflix.

Netflix has confirmed that Monster: The Jeffrey Dahmer Story is currently in the pipeline.

Glee writer Ryan Murphy will recreate the story of one of history’s most notorious criminals.

Here’s everything you need to know about the Milwaukee Monster.

What is Monster: The Jeffrey Dahmer Story about?

Monster: The Jeffrey Dahmer Story tells the gruesome tale of the serial killer.

The dramatisation will focus on the perspective of the victims, and also the role of the police.

As a result of police incompetency, Jeffrey had the freedom to commit so many gruesome murders.

Ryan Murphy, creator of Nip/Tuck, Glee and American Horror Story, is at the helm.

Deadline reports that Richard Jenkins will star as Jeffrey’s father.

Who was Jeffrey Dahmer?

Jeffrey Lionel Dahmer, aka the Milwaukee Cannibal, was an American serial killer and sex offender.

How many people did Jeffrey kill?

His youngest victim was 14, and his oldest was 31.

Jeffrey committed his first murder in 1978, three weeks after his graduation.

He picked up 18-year-old hitchhiker Steven Hicks and lured him to his house.

Jeffrey hit his victim with a dumbbell, strangled him and finally masturbated over his corpse.

How was Jeffrey caught?

Another of Jeffrey’s intended victims managed to escape and flag down the police.

Police searched Jeffrey’s apartment and discovered a total of four severed heads in the kitchen.

They found two human hearts in his fridge, and torsos dissolving in acid.

Jeffrey confessed, saying: “I created this horror and it only makes sense I do everything to put an end to it.”

Read more: The Shipman Files: How was Harold Shipman caught?

Jeffrey was finally convicted of 16 murders, and was sentenced to 16 terms of life imprisonment in 1992.

He was beaten to death by fellow Columbia Correctional Institution inmate Christopher Scarver.

Christopher bludgeoned Jeffrey over the face and head with a metal bar.

He consequently said: “God told me to do it.”

Despite his mental health conditions, Jeffrey Dahmer was found to be legally sane at his trial.

Was Jeffrey Dahmer a normal child?

Jeffrey was born May 21 1960, in Milwaukee, Wisconsin, the first of two sons.

Jeffrey was a quiet and timid child, due to his mother being frequently ill.

Furthermore, Jeffrey manifested an interest in dead animals from an early age.

Monster: The Jeffrey Dahmer Story will air on Netflix

Would you watch Monster: The Jeffrey Dahmer Story? Leave us a comment on our Facebook page @EntertainmentDailyFix.