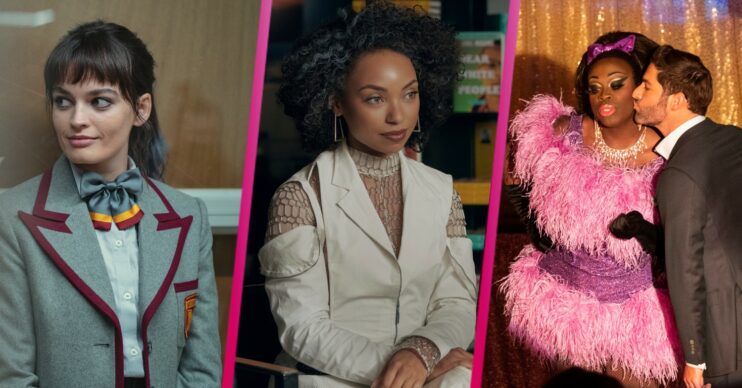 Netflix in September 2021: Everything arriving from Lucifer to Sex Education

What are you looking forward to watching this month?

No other streaming service covers all bases quite like Netflix in September.

From hard-hitting documentaries to some light-hearted laughs, they have you covered.

The only real problem is picking what to watch, and figuring out when you can watch it all.

Here’s what you need to watch this month to stay in the know.

What TV shows are coming to Netflix in September?

It’s the beginning of the end of this smash-hit Spanish show. And they’re going out with a bang.

The gang has been shut in the Bank of Spain for over 100 hours. They have managed to rescue Lisbon, but their darkest moment is upon them after losing one of their own.

The Professor has been captured by Sierra and, for the first time, doesn’t have an escape plan. Just when it seems like nothing else could go wrong, an enemy comes on the scene that is much more powerful than any they’ve faced: the army.

The second batch of episodes will drop in December – make sure you catch up in time!

It’s time to say goodbye to Lucifer after more ups and downs than a rollercoaster.

Now the devil/detective is actual God, and is trying to navigate his new position.

Moordale High School has more sexploits to be dealing with in the latest season of this smash hit series.

But Otis and Maeve still need to figure their own feelings out before helping others.

Meanwhie, Eric and Adam are trying to make things work after finally starting a romance together.

It’s senior year at Winchester University and the gang are making sure it counts.

Volume four, the final installment of the series, sees the characters looking back at the most formative (and theatrical) year of their lives.

The show promises ‘an Afro-futuristic and 90s-inspired musical event’ with a can’t-miss, farewell experience.

What more would you want from Netflix in September?

Midnight Mass follows the story of a small, isolated island of Crockett Island – whose community is harbouring some dark secrets and dividing attitudes.

This is only made worse by two major changes to their lives. First, the arrival of a new, young priest for their local parish, Father Paul. Secondly, the return of a disgraced young man.

The arrivals are made worse by a series of unexplainable events occurring – sparking a wave of satanic panic and religious obsession as a result.

What documentaries will be released this month?

Turning Point: 9/11 and the War On Terror (September 1st)

This five-part docuseries chronicles life before and after 9/11 attacks on the U.S. in 2001.

It promises ‘illuminating perspectives and personal stories of how the catastrophic events of that day changed the course of the nation’.

It will track everything from the Soviet invasion of Afghanistan in 1979 to the country’s breathtaking collapse back into the hands of the Taliban just weeks before the twentieth anniversary.

This is going to be a hard one.

Inspired by the book Blood Brothers by Randy Roberts and Johnny Smith, this film tracks the close friendship of the civil rights leader and boxer.

The show will feature never-before-seen archive footage and interviews with those who loved them.

With the full support and trust of Michael Schumacher’s family, friends and loved ones, this documentary takes a hard look at the career of the world champion driver.

From the start of his career to his horrific skiing accident in 2013, Schumacher aims to open up the private world of the competitive racer and how he became so beloved.

Schumacher maintained near-fatal injuries as a result of the accident, and still struggles to talk, walk and interact. His family will likely discuss their life with him.

What films are arriving on Netflix in September?

Afterlife Of The Party (September 2nd)

A super popular party girl finds her social lifestyle stopped in its tracks when she dies in the middle of a wild night out.

However, she is given the opportunity to return to earth thanks to an angel. The catch? She has to help three loved ones that she failed to look after the first time around.

Her mission proves eye-opening and leaves her questioning if she’s worthy enough to get into the big VIP room in the sky.

An expert assassin finds herself in trouble when an assignment goes horrifically wrong.

Poisoned and given only 24 hours to live, Kate goes on a mission to get her revenge before she dies.

In the process, she finds herself bonding with the teenage daughter of one of her past victims.