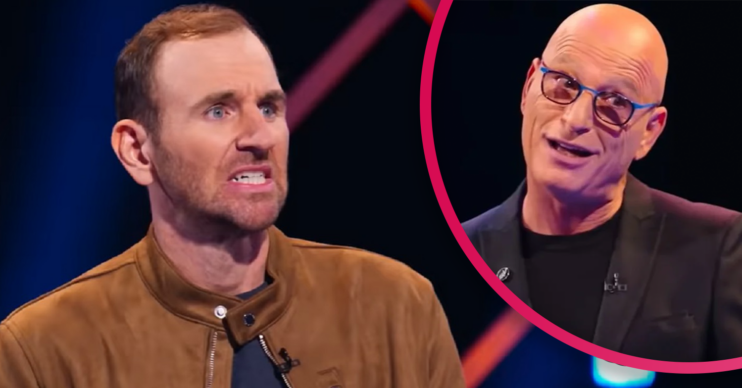 Netflix gameshow Bullshit: How does it work? Who is the host? How many episodes?

Howie Mandel has signed on as the host

Netflix has a new game show on the way, and it’s called Bullshit.

It’s a trivia game show with an incredible twist, and it’s all about to be chucked on Netflix for your bingeing pleasure.

How does Netflix show Bullshit work?

Contestants work their way up a money ladder until they reach the $1 million prize. But hang on, there’s a little twist to make it extra fun…

If you don’t know the correct answer to a trivia question, you’re still able to answer incorrectly. All you have to do is lie that your answer is the right one.

If you convince just one of your fellow players that you’re correct, you stay in the game.

The Netflix synopsis reads: “Hosted by Howie Mandel, Bullshit The Game Show will offer contestants a chance to win big money, even when they don’t know the correct answer.

“Throughout the game, players will work their way up a money ladder either by answering questions correctly or by confidently giving incorrect answers – and persuading their opponents that they are accurate.

“To win big in this game you don’t have to be the smartest person in the room to cash in, you just have to convince everyone that you are.”

Who is the host?

Canadian star Howie Mandel is the host of the new Netflix series.

Howie Mandel is best known for creating the cartoon series Bobby’s World, hosting Deal or No Deal and being a judge on America’s Got Talent.

However, he’s also had quite the past.

Howie voiced the character Gizmo in the 1984 film Gremlins and the 1990 sequel Gremlins 2: The New Batch.

The TV star has been married to Terry Mandel since 1980. They share three children: daughters Jackie and Riley and son Alex.

Howie has struggled with Obsessive Compulsive Disorder for years.

“I don’t remember a time when I didn’t feel there was an issue, but I wasn’t diagnosed until adulthood,” he said previously.

“I’ve always felt a little bit different, and I always knew I wasn’t as comfortable with life as everybody else seemed to be, but I didn’t know what I could do about it.

“When I was a kid, I didn’t know anybody who went to a psychiatrist. There was always a stigma attached to mental health issues. I think there still is. But now I’m taking care of myself.”

When is Bullshit released on Netflix and how many episodes are there?

Each episode is roughly 40 minutes, and there are 10 episodes to watch in this series.

The first series will make its debut on Netflix on April 27.