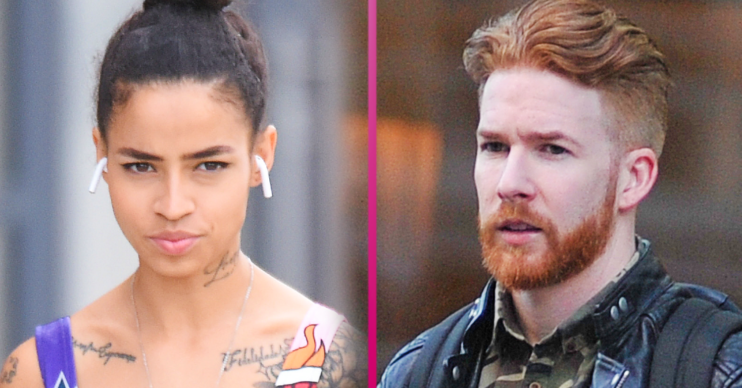 He was 'very embarrassed' after she broke COVID rules

Neil Jones has been “dumped” by his Colombian girlfriend, according to reports.

The Strictly pro dancer, 38, and “free spirit” Luisa Eusse reportedly broke up because they were at “different places in their lives”.

Reports also suggest that Neil was also unhappy with Luisa’s constant flouting of coronavirus rules, after she was pictured at another party last week.

What happened to Strictly star Neil Jones and his girlfriend?

The Daily Mail reports that the pair had a “complicated relationship”.

A source told the newspaper: “Luisa has told people she is single.

“Her and Neil’s relationship had become complicated and they are both at very different places in their lives.”

The source continued: “They decided she should move out to give them space to work on their issues. But while Neil might have hoped it would have made them stronger, Luisa has told people she’s enjoying the taste of freedom.”

While Neil might have hoped it would have made them stronger, Luisa has told people she’s enjoying the taste of freedom.

The newspaper also quoted a second source, who told them Neil was “very embarrassed” after Luisa attended another party.

What did Neil say last week?

Last week, Neil told The Sun that he would be open to dancing with another male on the show.

“I wouldn’t have a problem with it. I’d embrace it. It would be great,” he said.

“We’ve seen so many great male dancers dance together in the past, so why not?

“We had Nicola on with Katya this year. If it was with another man I’d do the same.”

Neil didn’t have a celebrity partner in this year’s line-up, but Katya partnered with boxer Nicola Adams in the show’s first same-sex partnership.