Time is running out for the mysterious Mr Humpherys next week as the police realise that he's to blame for the 'accident' at Robinson Heights that nearly kills Leo Tanaka.

Today's visit to Ramsay Street sees Leo rushed to hospital after getting trapped under a huge concrete slab - all thanks to Rafael teaming up with fellow Paul Robinson hater, Sue Parker, to get revenge on their nemesis. 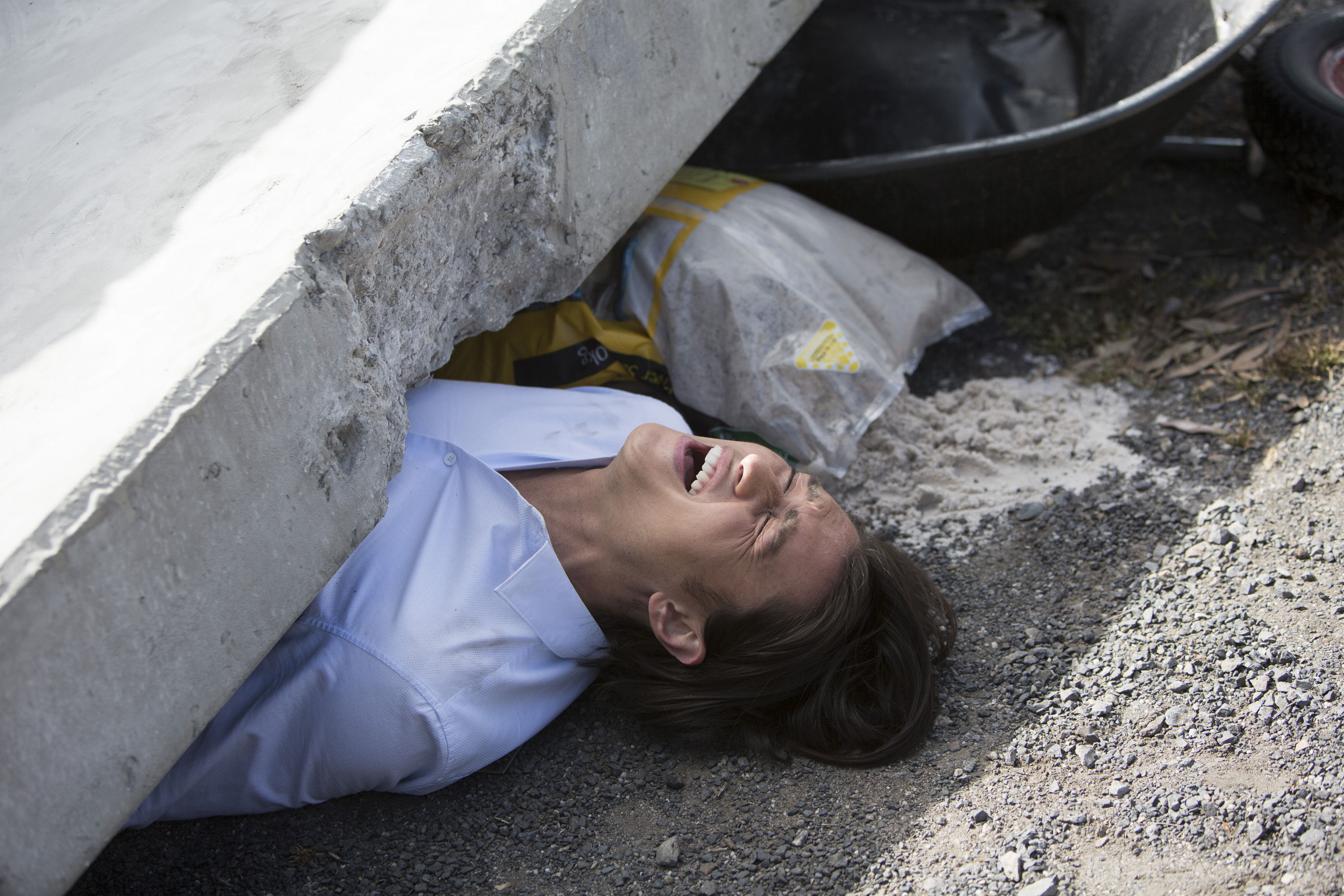 But when the latest stage of his revenge plan goes dramatically wrong, Rafael is forced to wonder if he is ever going to find out the truth about how the fire started that killed his mum.

However, just when it looks like Raf might be having a change of heart, Aaron Brennan and Mishti Sharma discover he is the reason Leo nearly died. 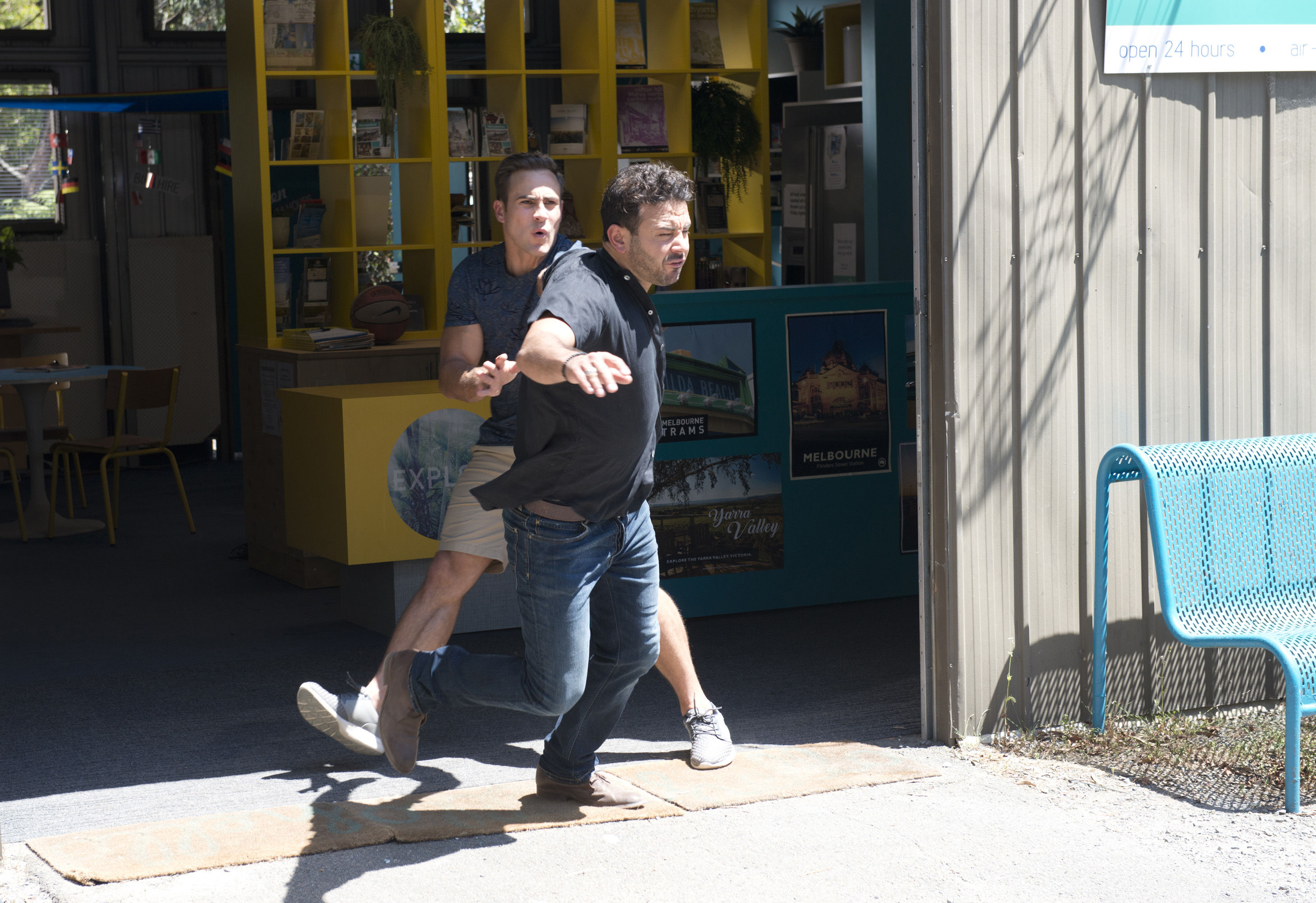 Convinced that David Tanaka's new man isn't quite who he says he is, Aaron decides to do some digging on his ex's new love interest.

But when he finds Sue Parker's business card in Raf's belongings, he confronts the mysterious British stranger at the backpackers and they end up having a fight. 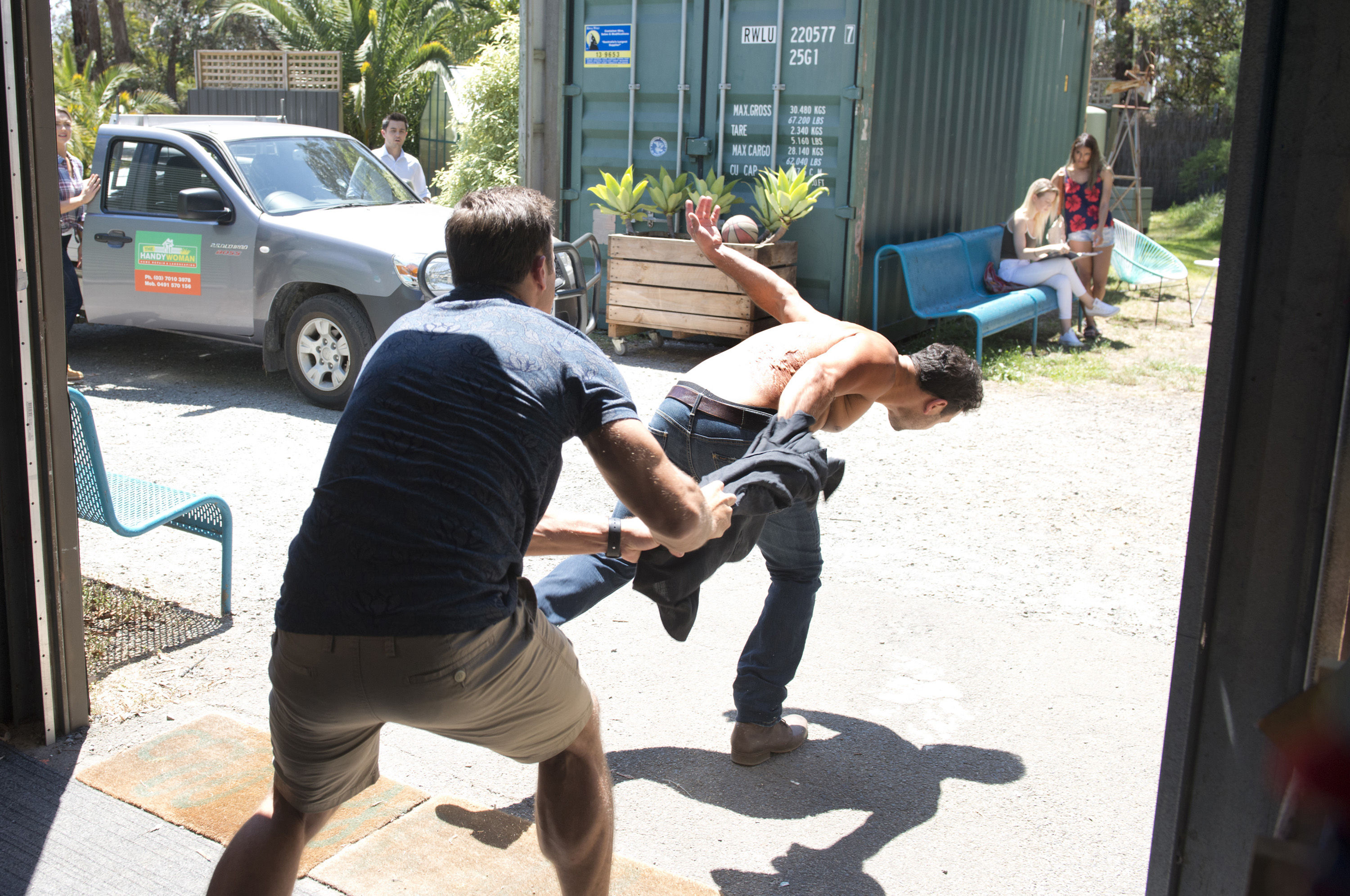 Rafael tries to escape, but Aaron rips off his shirt (Credit: Channel 5)

But as Aaron grabs Rafael's shirt, it comes off, revealing the horrific scars that he got while trying to save his mum all those years ago.

David is horrified that his ex would stoop so low, but Aaron isn't deterred and goes to the police with his findings. 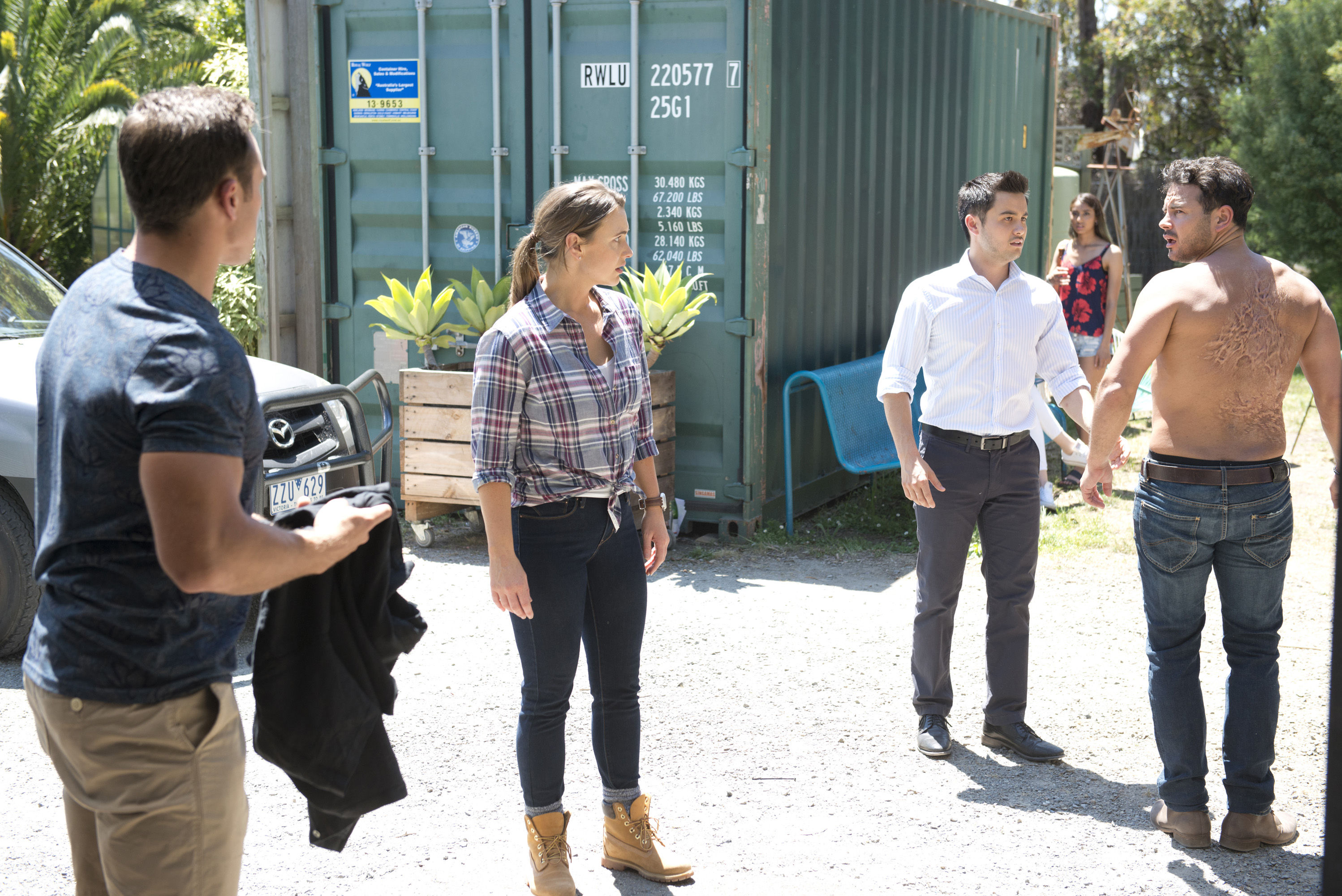 David is horrified that Aaron has gone too far (Credit: Channel 5)

Mishti then hauls Rafael in for questioning, and it doesn't take long for the Neighbours schemer to reveal all - wanting Mishti's help to get closure on his mum's death. But now that the truth about Rafael's revenge is out, where does that leave his romance with David? And is Rafael in trouble with the police? 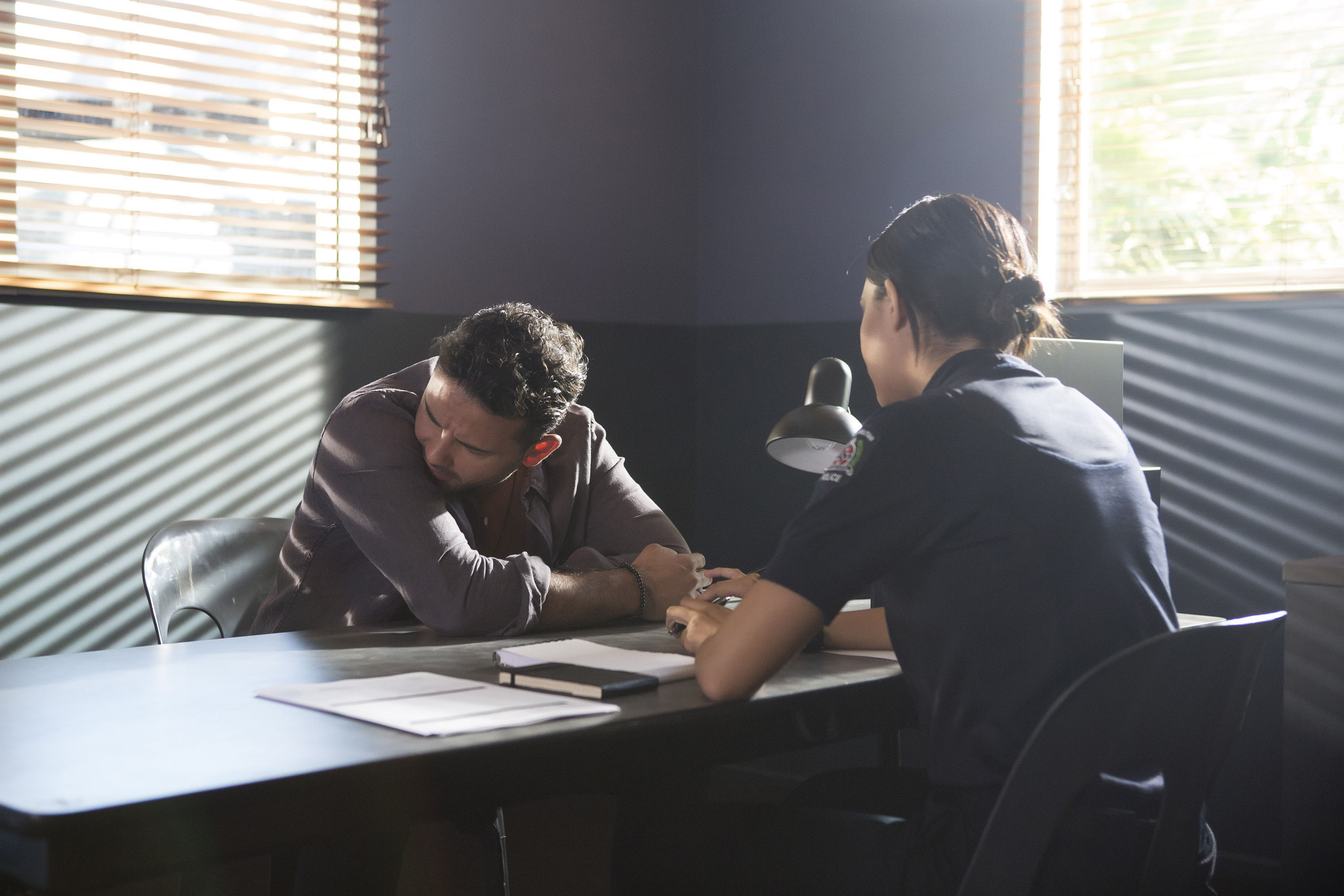 Rafael regala everything about his revenge plan, but is he in trouble? (Credit: Channel 5)

And more to the point, is Paul really to blame for the factory fire in Brazil all those years ago?

Now that he knows he's being accused of something so sinister, the Robinsons set out to find some answers - but will they like what they find?

What is your favourite Neighbours storyline at the moment? Leave us a comment on our Facebook page @EntertainmentDailyFix and let us know what you think!