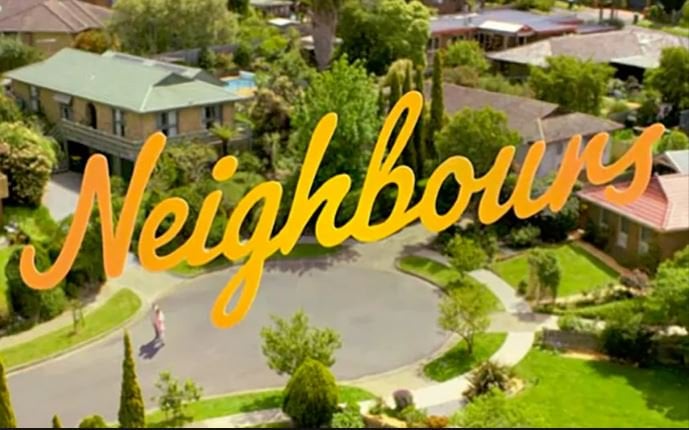 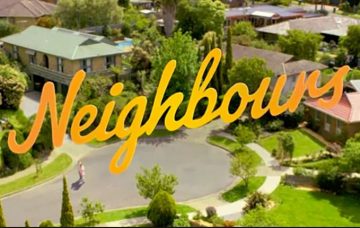 Soap icon Alan Dale has made an unlikely comeback to Ramsay Street – a quarter of a century after his household name TV character was killed off with a heart attack.

The 70-year-old Jim Robinson star popped in to say hello and share selfies with onscreen son Paul – played by Stefan Dennis – just two days short of the 25th anniversary of his very final appearance on the long-running soap.

And the New Zealander delighted fans by posing for a throwback snap outside Lassiter’s local pub.

Back on set at “Neighbours” with Stef after 25 years away.#Neighbours, #Dynasty pic.twitter.com/sGNZv4kLi4

Stefan also shared the same pic with his 21,000 Twitter followers, joking The Waterhole (which has undergone several set redesigns since Alan’s 1993 departure) had barely changed.

He typed: “Father and son back together at the pub. Same same but slightly older… the pub’s held up pretty well don’t you think?”

Alan had posted another image with Stefan and his wife Gail in front of a winery a day earlier.

Having lunch with Stef (#neighbours) and Gail at Stones Winery in Victoria.#Dynasty #Neighbours pic.twitter.com/AGaXwts518

The set visit seemed a little surprising bearing in mind how vocal Alan has been about some of his negative experiences on Neighbours before he upped and moved to Los Angeles in 2000.

“When you live in a country where there is not much else to do as an actor, there isn’t much choice but to put up with it,” he previously told The Stage magazine.

“But I used to fight them all the time, which is one of the reasons we parted company.”

Despite his grievances, Alan – who has starred in The O.C., Ugly Betty, 24, Dynasty, NCIS and The X Files since swapping Erinsborough for Hollywood – isn’t the only former Aussie soap star to thrive in Tinseltown.

The likes of Kylie Minogue, Guy Pearce, Margot Robbie and Russell Crowe all made their names in TV roles Down Under before following their dreams stateside.

It was announced in March that Jane Harris – another 1980s Neighbours favourite, played by Annie Jones – will be returning to the soap for the first time in three decades.