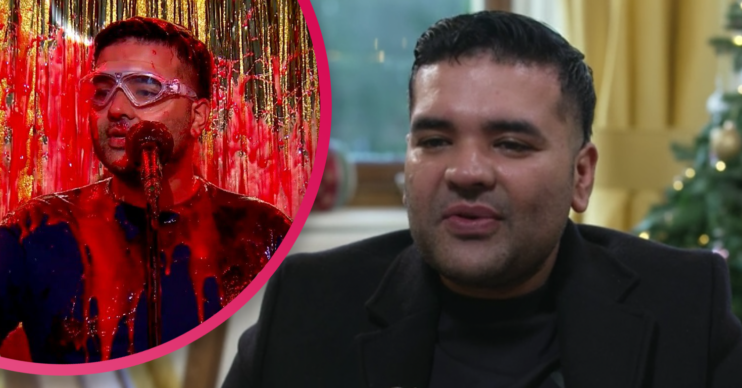 Zahida suffers from dementia and lives with her son

I’m A Celebrity star Naughty Boy appeared on Lorraine this morning (December 9) and revealed he’s planning a “surprise” reunion with his mum.

Fans of the show will know that Naughty cares for his mum, Zahida, who has dementia.

His luxury item to take into the castle was a pillow with a picture of his mum imprinted on it.

What did I’m A Celebrity star Naughty Boy say about his mum?

Chatting to Lorraine Kelly, he revealed his time in the castle was the longest time he’s been away from his mum.

He said: “This is the longest time I’ve spent away from Mum for the past couple of years, since she’s been living with me.

“I kept thinking more about her missing me and that combined with getting used to the Clink that might have thrown me a bit,” he admitted.

Naughty Boy also admitted that his mum thought she was on FaceTime to her son when she saw him on the TV.

When will Naughty Boy reunite with his mum?

It seems the music producer is planning on seeing his mum later today.

Early this morning he was still in North Wales after exiting the jungle last night.

However, it appears he’ll soon be back with his family.

“I can’t wait to see her Lorraine,” he said.

What did I’m A Celebrity fans think of Naughty Boy’s departure?

I’m A Celebrity fans last night declared the series is “dead” without the music producer in camp.

The stars remaining in the castle, and battling it out for the crown, are David Ginola, Frankie Bridge, Louise Minchin, Danny Miller, Simon Gregson, Adam Woodyatt and Matty Lee.