New reality series Naked Beach had some viewers frantically checking the time as it brought nudity to our screens before the watershed. 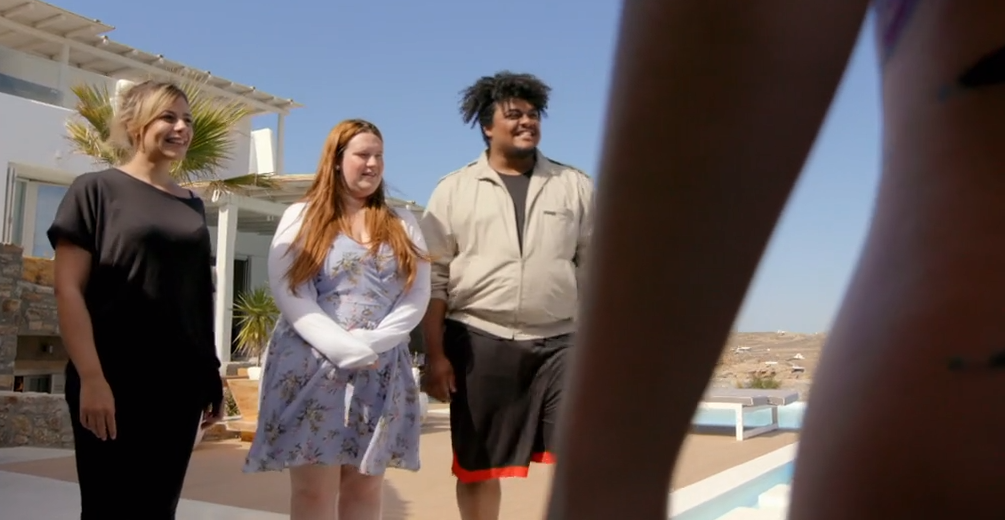 Elysia, Darrell and Kaye headed to a Greek retreat, where they would spend time with a group of people who were totally confident with how they look naked.

They arrived fully clothed, although their hosts sported nothing but body paint and thongs, and as the show went on their aim was to strip off completely. 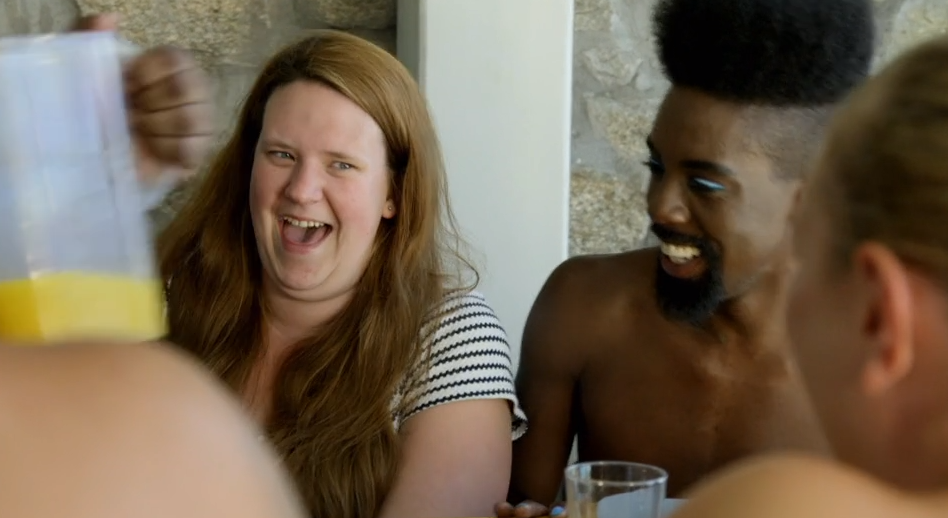 They struggled to get naked at first (Credit: Channel 4)

The trio struggled at first, but after building enough confidence to wear their swimming costumes in front of the others, the guests eventually got completely nude (along with the hosts) and offered a message of positivity with their new sense of body confidence.

But some viewers were stunned to see so much naked flesh before the watershed. 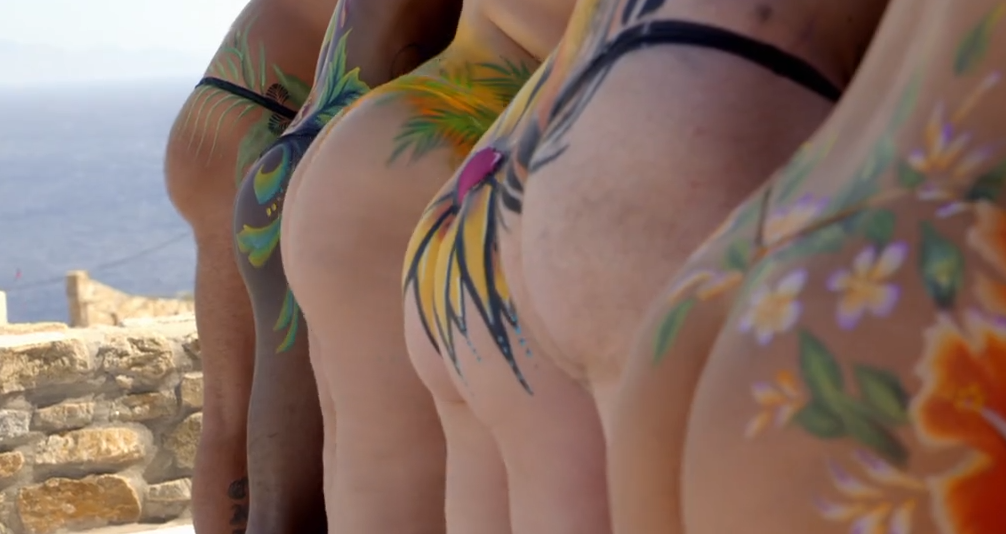 None of them had ever seen so much nudity in person (Credit: Channel 4)

One viewer on Twitter wrote: "All good to empower people and increase confidence. But not when my teenage daughter says, 'WTF is this not on after watershed?'. Totally agree."

Someone else commented: "@Channel4 what happened to the 9pm watershed? Great message about body confidence but bit early for so much nakedness especially during school holidays."

I don't know if I was prepared for all these naked bodies on my TV screen before 9pm.

Another said: "Willies before the watershed... My nine-year-old loved that!"

A fourth tweeted: "Channel hopping and #NakedBeach appears!! Does the watershed not apply anymore??"

A fifth said: "I don't know if I was prepared for all these naked bodies on my TV screen before 9pm, don't know if i can take another three."

But for others, Channel 4 got it right making Naked Beach a pre-watershed series.

One said: "I would have thought it would be more helpful for younger people to watch #NakedBeach before the watershed to give them a better perspective on body confidence and self image sooner before issues set in, [bleep] the watershed."

Another tweeted: "With my four-year-old having body issues #bodyconfidence cannot come too soon."

Someone else wrote: "What were people expecting when they turn on #NakedBeach? Yes you saw a penis before the watershed. But it's not in a sexual way! Half the population have them!" 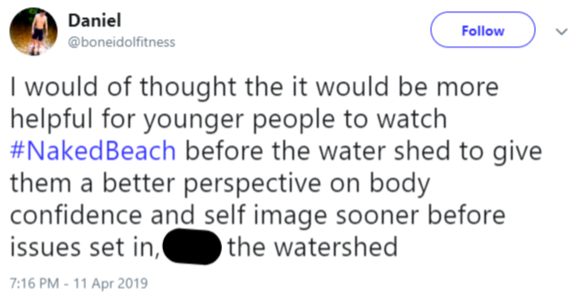 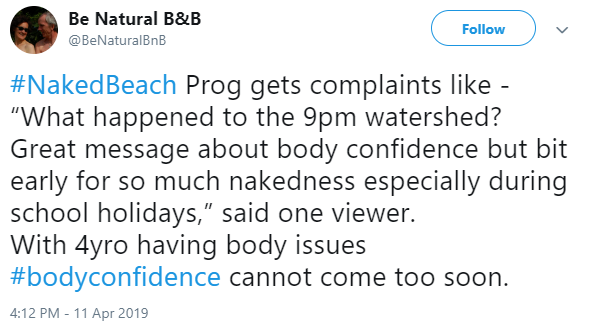 Naked Beach is on Channel 4 on Thursdays at 8pm

Was Channel 4 right to show Naked Beach before the watershed? Leave us a comment on our Facebook page @EntertainmentDailyFix and let us know what you think.