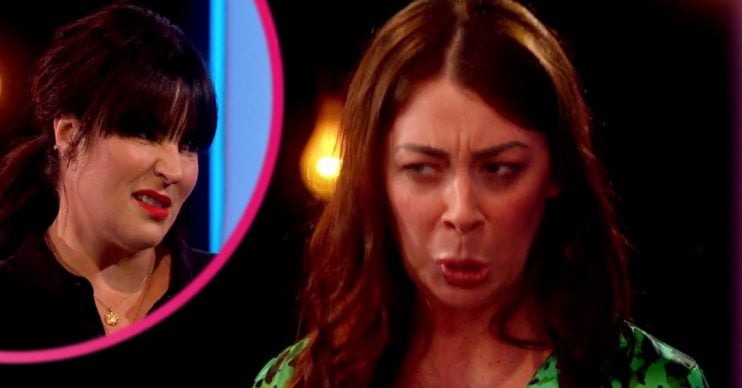 During Tuesday’s instalment of the Channel 4 show, host Anna Richardson was joined by singleton Kelly.

In a bid to win Kelly’s affections, one contestant demonstrated how he could twitch his penis up and down.

What happened on Naked Attraction?

Anna was left stunned by the skill, as she singled out the contestant’s penis.

She pointed out: “He can make his [bleep] move!”

Meanwhile, Kelly appeared just as impressed as she struggled to find the words for the twitching motion.

Sadly, the singleton failed to land a date with Kelly and was soon sent packing.

As he departed the studio, Anna said: “Take yourself and your twitchy willy through the arches.”

And it appears viewers felt the same.

How did Channel 4 viewers react?

Taking to Twitter, one said: “Agghhhh #NakedAttraction he moves, it moves!!!!”

In addition, a third added: “I say this all the time but can’t believe we watch this.”

“Take yourself and your twitchy Willy”. Brutal 😂 #nakedattraction

Alongside a series of laughter emojis, another shared: “‘Take yourself and your twitchy Willy’. #nakedattraction.”

In the end, Kelly eventually chose contestant Adam, admitting: “It’s the accent just topped it for me.”

The controversial dating show sees a male and female contestant choose their dates from a series of naked bodies.

Meanwhile, on last week’s episode, viewers were left speechless as one singleton confessed he once caused a vaginal tear during sex.

Part time wrestler Iain explained: “Being a wrestler, there’s a lot of power involved. So this one time, it was all going pretty well, I was putting the power down, and then I slipped out.

“For me it was like punching a shark on the nose, banging against the wrong part you know, for her it sort of bled after that.”

When asked if he caused a vaginal tear, he added: “I sent her a Moonpig card.”

However, Anna couldn’t contain her laughter as she processed Iain’s apology gift.