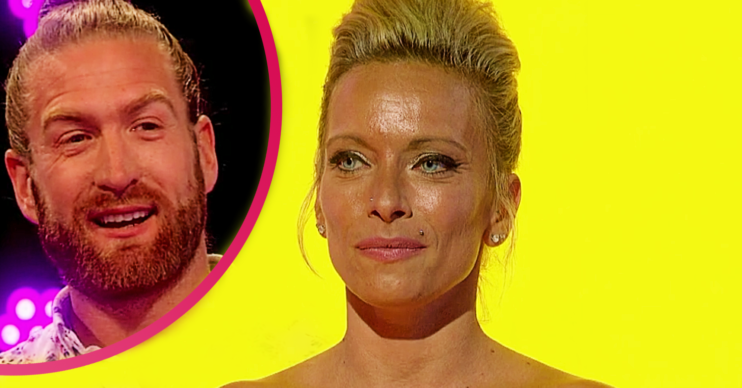 Just when we thought we'd seen it all

But even now, viewers found themselves open-mouthed when they saw Helen’s naughty tattoo.

What happened with Helen on Naked Attraction?

35-year-old Mark from Derbyshire had the pick of five women, who each revealed more and more of their bodies as the show went on.

In the yellow cubicle, Helen, 36, from Sheffield revealed a heavily tattooed and pierced body.

And also a particularly racy tattoo.

Tattooed on her lower stomach were the words “lick the lizard” with an arrow pointing down to her private parts.

Host Anna Richardson said: “Can I just see what that tattoo says?”

What did Mark think of Helen on Naked Attraction?

Nervous Mark then saw more of her body, which also included pierced nipples.

“I’ve never been with anyone with a nipple piercing before.

“Yellow would be up for a big night out,” he said.

I’m a bit of shy guy, I think yellow might be a lot to handle.

However, when he eliminated her, he said: “I’m a bit of shy guy, I think yellow might be a lot to handle.”

When Helen was interviewed afterwards, she said: “I’m sure there’s a man out there who would happily lick my lizard.”

How did Naked Attraction viewers react to the tattoo?

Shocked viewers took to social media to comment on Helen and her tattoo.

One said: “Someone has ‘lick the lizard’ with an arrow tattooed pointing towards her bits and I just nearly died.”

A second wrote: “A woman has got ‘Lick The Lizard’ tattooed above her vagina… what possesses these people to do that sort of thing?”