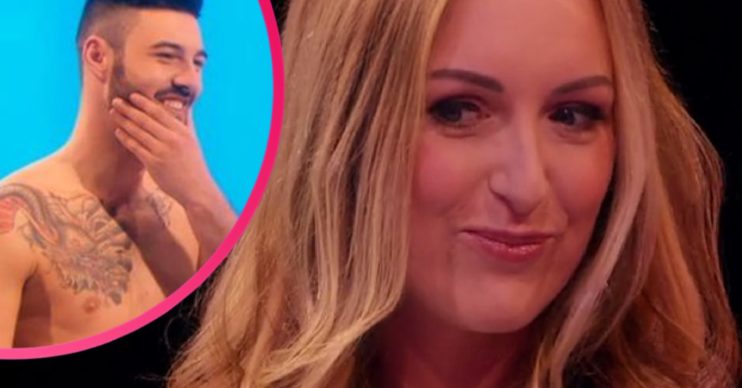 Tracey got more than she'd bargained for

A Naked Attraction contestant has revealed she was hospitalised after sleeping with a man she met on the show.

Tracy appeared on the Channel 4 series in 2016.

During her appearance, she told host Anne Richardson that she hoped to meet a “well-endowed” man.

At the time she ended up picking Mark, who she claimed the other men “couldn’t compete with” in the trouser department.

However, it turns out she got more than she may have bargained for.

During last night’s (May 17) highlight show, Tracy made a surprise confession.

She revealed that Mark ended up being too well-endowed for her.

In fact, so much so, that as a result she ended up in hospital.

However, it wasn’t just once!

Tracy confessed she ended up having to visit A&E a whopping three times after the couple’s bedroom antics.

“Mark was such a good choice for me, he was the perfect person,” Tracy said.

“We were laughing everyday and on the phone for hours and we lost so many days just spent in bed.”

“He actually became Mr UK which was incredible. Mark was known for his big package, I think, you know, for every woman when you have children it changes down there.”

“It definitely helps having that extra package. He put me in hospital a few times with it, but I’m OK,” she added.

Despite being hospitalised, the pair ended up staying together for a year.

However, in the end it just didn’t work out for the pair.

Tracy revealed that she downloaded Tinder after they broke up and ended up meeting the man of her dreams. They’ve now been together for 2 and a half years.