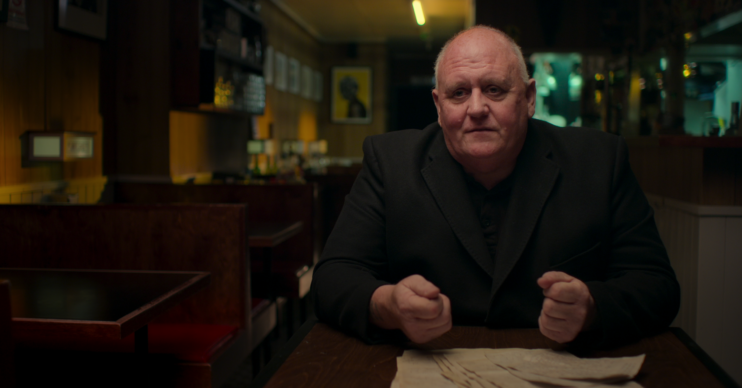 A club bouncer is speaking out about the essential role he played in convicting the London Nail Bomber in a new Netflix documentary.

Bernard O’Mahoney, a self-confessed ‘hairy-arsed bouncer’, won the trust of murderer David Copeland by pretending to be a young woman who loved the far-right extremist’s work.

Across three weeks of terror in 1999, Copeland detonated three homemade nail bombs across London, focusing on minorities and the LGBT community.

As a result, three people, including a pregnant woman, died, with four others losing their limbs in the blasts.

Copeland’s plan on arrest was to claim ‘diminished capacity’ – stating he wasn’t in his right mind when he did them.

However, O’Mahoney fought back, and in a series of letters, made 22-year-old Copeland fall in love with him and tell him the truth.

What did O’Mahoney write to Copeland?

Speaking to cameras of Nail Bomber: Manhunt, O’Mahoney says his mission was to “get Copeland to confess he was perfectly sane”.

Taking on the name Patsy Scanlon, Bernard began flirting with Copeland and sympathising with his cause.

In return, Copeland started opening up to him about his feelings, calling her a “very attractive young lady”.

Finally, it paid off when Copeland wrote: “Dear Patsy, this place is a joke, so are the doctors, they think they are clever but they are as stupid as the fools in here.

“Things are not looking too bad for my trial. I can’t believe that I have fooled all the doctors.”

Revealing it was his plan all along to plead “diminished capacity” and lowering his sentence as a result.

“When the prosecutor read out the girl he wanted to marry was actually a hairy-arsed bouncer from Essex called Bernie, he put his head in his hand and slumped in the dock,” O’Mahoney tells cameras.

Because of O’Mahoney’s work, Copeland is now serving six life sentences for the attacks.

What happened at the London Nail Bomber attacks?

First was Brixton Market on Electric Avenue on April 17th because of its Black population.

This explosion proved the most devastating, with three dying as a result and four others losing limbs.

Nail Bomber: Manhunt is available May 26th on Netflix.