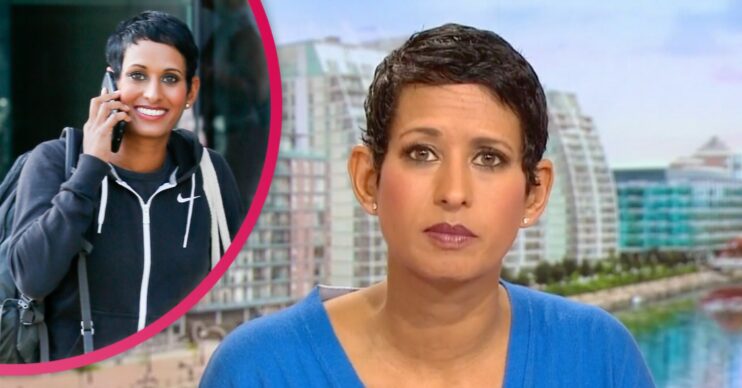 Naga Munchetty has admitted she will miss her co-star following the announcement of his BBC departure.

The BBC Breakfast TV host called Rory Cellan-Jones “utterly brilliant” after he revealed that he will be leaving the BBC later this year.

Naga, 46, took to Twitter to air her emotional response after the Technology correspondent unveiled his plans to exit his role after 40 years with the broadcaster.

Rory announced his decision on the social media platform. He wrote: “Some personal news… in late October I shall be leaving the BBC. I’ve had the most fabulous time working with brilliant people. But after 40 years it’s time to move on…”

Emotional Naga then tweeted a reply to the post. She said: “You utterly brilliant man. You will be sorely missed x.”

Rory, 63, joined the BBC in 1981 and has confessed that he is looking forward to seeking out new challenges for his senior years.

Rory then took a walk down memory lane as he shared some of the most memorable moments from his career.

…then I was a TV News producer in London working with legends such as John Simpson and Tim Sebastian, including fixing coverage of Gorbachev’s first foreign trip… pic.twitter.com/iUcqunW19l

He wrote: “A few memories – I started in Leeds in 1981 as a researcher on Look North where a papal visit was an early assignment. Then I was a TV News Producer in London working with legends such as John Simpson and Tim Sebastian, including fixing coverage of Gorbachev’s first foreign trip.

“Then I became  a business reporter on the Money Programme, Working Lunch and TV News bulletins. But in the 1990s it was the rise of the internet as an economic and social force that fascinated me. Eventually in 2007 I became Technology Correspondent, which has been the best job imaginable. From the launch of the iPhone to meeting the bonkers but brilliant Elon Musk it’s been a blast.”

And radio legend Simon Mayo joined the well-wishers posting: “We’ll miss you on air of course and particularly you walking past our Wittertainment studio (back when we did that sort of thing).”

An overwhelmed Rory shared his gratitude for all of the love and support he was shown.
He posted a picture while out for a walk with his dog and said: “Just a note from our morning walk to say thanks so much for all the lovely messages about my news yesterday. They were hugely appreciated.”