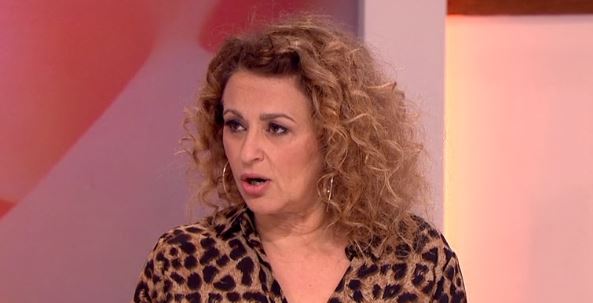 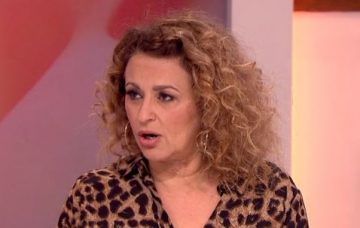 Nadia Sawalha admits she put her marriage in jeopardy

A candid confession on Loose Women

Nadia Sawalha has revealed she used to threaten her husband Mark Adderley with divorce when the times got tough.

The presenter gave a brutally honest account of her own experience during a Loose Women discussion on Tuesday, which was prompted by Gogglebox couple Steph and Dom’s recent revelation they never use the D word.

In an interview with Daily Mail, the pair credited their long marriage to always being honest and never using the threat of ‘divorce’ when things got heated.

Nadia, 53, told the Loose Women panel she now understood the importance of avoiding the phrase during rows, but admitted she used to resort to it in anger.

“I used to throw that word around – never in front of the kids – but I used to say it all the time,” she said.

“Mark and I have been married 15 years and I used to feel like I wanted to divorce him all the time.

“And I think there’s real truth in [what Steph and Dom have said]. If you’re always bandying it about, you’re saying I am never going to dig in and fight through.

“Obviously, if you’re in an abusive relationship or anything like that then, of course, or if you’re desperately unhappy then divorce is right.

“But we weren’t – I was just sort of running away from the work of marriage.”

Nadia went on to say that it’s only in the last four or five years she’s stopped bringing ‘divorce’ into arguments.

“Now, I finally understand, for me, ’til death do us part because we’ll work through everything.

“But I put our marriage in jeopardy a lot, I think, by saying that as I made him feel insecure all the time, as if I could anytime walk out.”

Nadia’s candid confession came after she told fans last week husband Mark had threatened to divorce HER while she went through the menopause.

Nadia captioned a Twitter video: “Whilst Mark and I were filming our podcast ‘How To Stay Married So Far’, he revealed something to me that has utterly blindsided me… I think he said it by accident!”

The star told fans: “We were just filming our How To Stay Married So Far podcast, and he said there was a point in my menopause when he thought about divorcing me!

Read more: Nadia Sawalha admits she once paid her sister’s boyfriend to leave the country

“Apparently, I was being very, very difficult. Me? Difficult? In my menopause? What the hell does he mean?!”

She concluded the clip by saying: “Anyway, was a bit of a shock – but I acted really cool when he told me.”