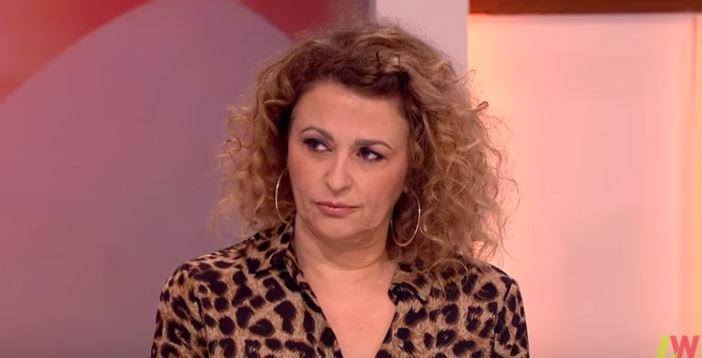 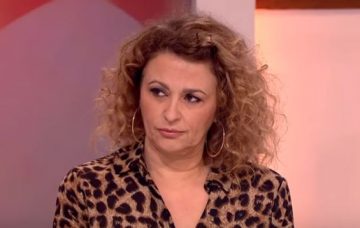 Nadia Sawalha shocked the Loose Women panel today by revealing she once PAID her sister’s boyfriend to leave the country.

The 53-year-old made the confession during a discussion on Tuesday about whether she’d ever confront a cheating partner – either her own partner or a family member’s.

A rather sheepish Nadia ended up revealing she’d given her sister’s boyfriend money to go away, as she felt he wasn’t right for her sibling – and the unnamed partner had taken it and left!

Nadia explained: “In the old days before I went to therapy and gave myself a lot of good talkings to, I used to get very involved [in other people’s relationships].

“I remember once I paid my older sister Dina’s boyfriend to leave the country!

“This is when I was much more interfering than I am now. He went! He did go! Which just goes to show he wasn’t the right man for her.”

When asked if Dina had appreciated her interference, Nadia insisted she had.

“She had just come out of a really terrible relationship in all kinds of ways,” recalled Nadia.

“She did what a lot of women do, and a lot of men, too, she then went to what she thought was the complete opposite, but he was in a different way a controlling, lazy, sponging, no mark, sort of horrible loser.

Nadia admitted her bold actions had been heavily influenced by her favourite TV programmes back then: Dallas and Dynasty!

“I thought, I’m going to see if I offer him some money, will he go?

As for whether Nadia would confront a cheating partner of her own, she said: “Yes, of course.”

However, when asked if she’d chase a cheating partner across the country to have it out, she said she wouldn’t.

“The old me would have gone [mad] and gathered everybody, the whole family, get in the car and go, but because I’ve learned to be a better person I wouldn’t do that now because I think, actually, you really hurt yourself.”