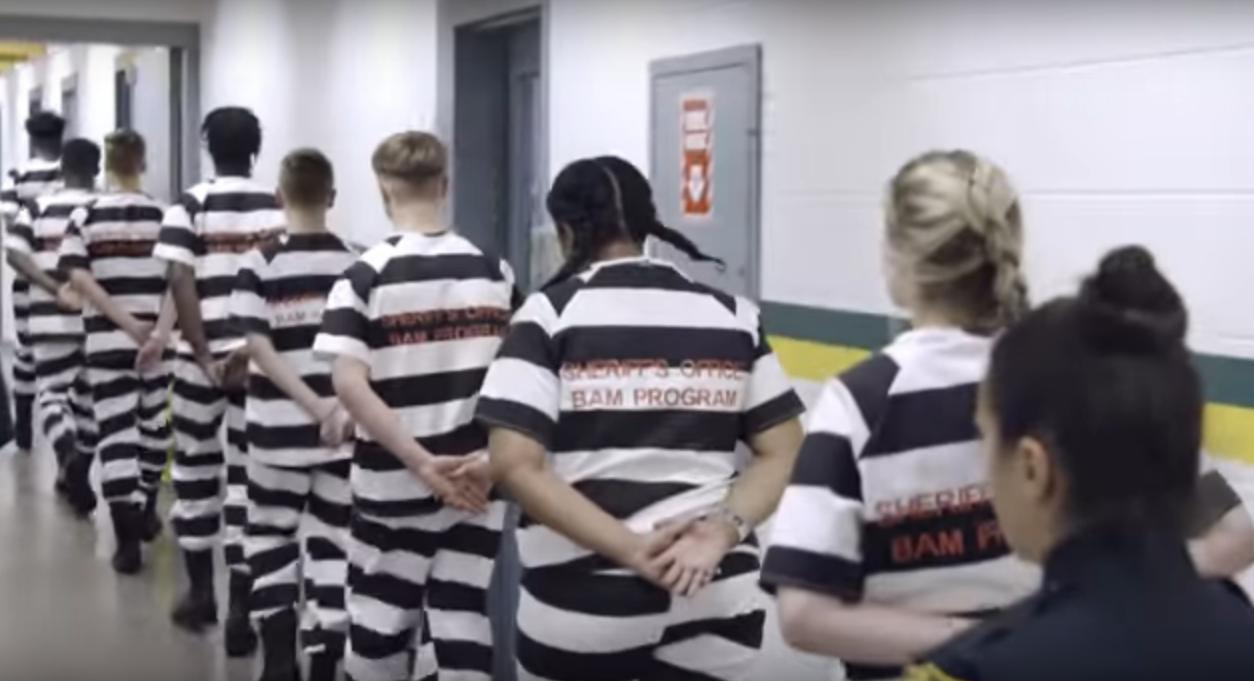 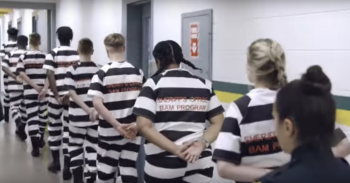 The mother of a spoiled teen pleaded with documentary makers to send her son to one of the most fearsome prisons in the US as part of a Channel 4 series.

Tearful Helen Connell reportedly offered to PAY the producers of Banged Up: Teens Behind Bars to help put 17-year-old back on the straight and narrow following a series of troubling incident involving her son Hugh.

Hugh, from Leicestershire, had been arrested at 16 for carrying a machete and left school without any GCSEs – despite enjoying a privileged life that included annual ski trips and the ownership of both a pony and a motorbike.

A former prison officer herself, Helen had run out of ideas on how to help Hugh from continuing with his wayward life before calling on Channel 4 programme makers to include him alongside seven other young people who spent seven days as inmates at Florida’s Brevard County Jail.

Read more: Corrie’s Jane Danson lashes out at “annoying” person trying to be her

And it seems being behind bars may have helped make Hugh realise just what he has been risking with his bad behaviour after he sobbed his heart out on his very first day inside.

Teased by the other six teenage boys and two girls also participating for crying, Helen hopes Hugh’s stint being locked up with 1,600 inmates guilty of a catalogue of serious crimes has made him see sense.

She told The Telegraph a “heart-wrenching” letter she received from Hugh in jail gave her hope his future could be brighter.

“It’s about how sorry he is, how he’ll try harder and how much he missed me. He never, ever wanted to go in a prison again,” Helen revealed.

Hugh reflected on his TV experience: “It felt like I was back at school but worse, [with] people barking at me, telling me what to do.

The telly inmates will be seen being forced to change into black-and-white striped prison outfits and walk in shackles as part of the three-part series.

With the prison surrounded by wire fences and alligator swampland, the teens are afforded no luxuries as they live in cells – and suffer terrifying rape threats when sent to observe the maximum security wing.

Strong reactions to the series trailer have already been made on social media.

One person tweeted: “Oh my God Banged Up Teens Behind Bars is RIGHT UP ma street. British teenagers put through a program in an American jail can you imagine 🤣🤣🤣🤣 TV gold.”

But another concerned user commented: “Yelling and screaming at kids till they break down and exposing them to more violence… yeah like that is going to work.”

And another added: “I am questioning the rational and emotional competency of the @Channel4 team who thought it a good idea to look towards the American penal system as a solution to a British teenage developmental problem!!! #Insanity”.

– Banged Up: Teens Behind Bars begins Monday April 29 on Channel 4