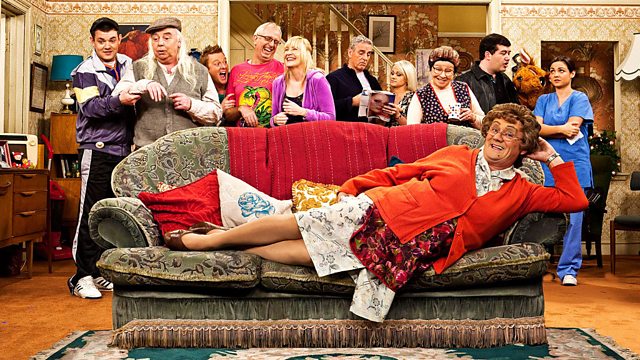 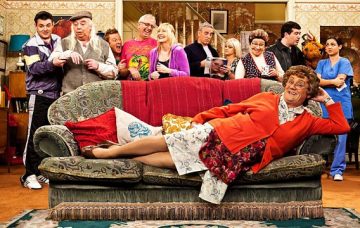 The comedy show was branded "painful to sit through"

The Christmas Day special of Mrs Brown’s Boys was destined to cause controversy from the minute it was announced – and it’s certainly lived up to its naughty reputation.

While speaking at a screening ahead of the show’s Christmas and New Year specials, comedian Brendan O’Carroll admitted that the BBC had asked him to cut down the show’s swearing for the festive edition.

And his answer was a Big Fat No. And the cast of the show had a similar response this week to being slated by the critics.

Newspaper reviewers annihilated the show, with The Independent giving it one star out of five and calling the show “so awful that it is physically painful to sit through”.

The special festive edition revolved around a competition to win the best interior-decorated house in Finglas – the Dublin neighbourhood Mrs Brown and her clan live in.

The Telegraph called it “more potty-mouthed panto”, while The Guardian accused it of “mimicking the old 70s and 80s sitcoms of Are You Being Served or Hi-De-Hi in joke structure, characters and set pieces, and that reinforces a pernicious idea.”

Last year, Mrs Brown’s Boys was the top-rated show on a single channel on Christmas Day.

This year, it was eighth in the Top 10, pulling in 4.7 million viewers.

Not everyone who tuned in seemed to enjoy it, though, with one viewer asking: “Is it just me or is Mrs Brown’s boys not funny in the slightest?”

Is it just me or is Mrs Brown's boys not funny in the slightest? #JoinIn

Just to be clear. Mrs Brown's Boys is THE biggest load of ol shite ever inflicted on the telly box. As you were.

There are some things that I will never laugh at, Like Mrs Brown's Boys… Because there's nothing funny about it.

Another said that “kidney stones” were more funny than the show, while one said: “Just to be clear. Mrs Brown’s Boys is THE biggest load of ol [bleep] ever inflicted on the telly box. As you were.”

“There’s nothing funny about Mrs Brown’s Boys,” claimed another.

I received a message today to say “THANK YOU” because while they were watching Mrs Browns Boys Christmas Special” They heard their autistic child laugh for the first time. Thats the only review I care about… 😊 https://t.co/6Czaa8clr7

Danny O’Carroll, who plays Buster Brady in the BBC sitcom and is Brendan’s real life son, was thrilled with the review.

He retweeted it alongside the Independent’s harsh one, with the message: “I received a message today to say ‘THANK YOU’ because while they were watching Mrs Browns Boys Christmas Special they heard their autistic child laugh for the first time. Thats the only review I care about…”

And that told the critics!

Other shows that did well in the ratings on Christmas Day included Strictly, Call The Midwife and the soaps, while The Queen’s Speech and Michael McIntyre’s Big Christmas Show – both on BBC1 – came out on top.

Do you enjoy Mrs Brown’s Boys? Leave us a comment on our Facebook page @EntertainmentDailyFix and let us know what you think!