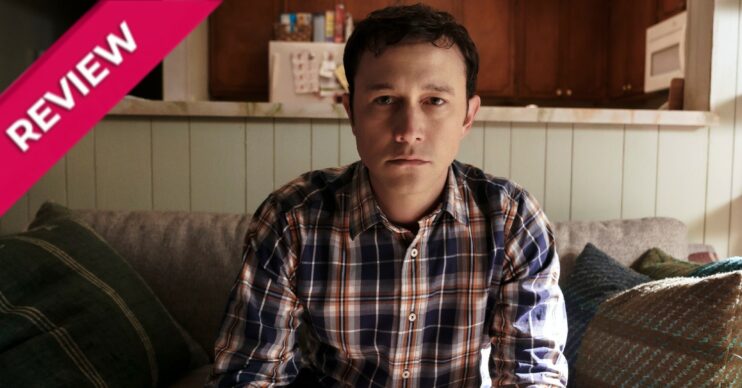 When we first meet Mr Corman (Joseph Gordon Levitt) he is ferociously beating on his chest in the shower. His body is raw from how hard he’s beating his torso like a drum set.

The message is clear: the man is a musician.

And then he heads to school and gets his educator butt handed to him by a pre-teen girl asking a fairly simple question about women in mythology, and his world spirals.

These first five minutes are the perfect set up for the supposed comedy series of an adult manbaby who wants the life he hasn’t actually worked all that hard for.

Still reeling from his brush with fame after the break-up of his band (and his split from the lead singer of that band), Josh Corman is in his thirties, wondering where it all went wrong.

There is 100% a generation of thirtysomethings who feel the same way. Promised a successful life only to struggle to pay rent with a roommate he’s known for a decade.

He’s a souped up, drowned out and struggling ball of angst. And by God, is it tough to watch. Not in a good way.

Gordon-Levitt writes, directs, produces and stars in this series. It’s his passion project with a solid supporting cast – including Juno Temple and Broad City’s Arturo Castro among them.

He also throws everything at the wall here. Whether it’s an ‘all in one take’ scene, a weird and wacky collage moment symbolising everything running through his head, and even a couple of musical numbers.

But mix them all together and you get something that’s a bit convoluted. His consistent arguments with people who just ‘don’t understand how miserable he is’ get tiresome, and its biggest sin is, after a while, it gets a little boring.

You can totally see what he’s trying here, he’s a miserable guy who can’t see the light through the trees, and disappears into his own world rather than face the one he’s in.

It does work out in some moments. His mother/son song and dance is actually kind of sweet in a weird way. But it’s not enough to make it as gripping as it needs to be to keep our attention.

We’d be eager to see Joseph Gordon Levitt in his prime in this, but unfortunately, Mr Corman feels like little more than a massive ego stroke for its creator.

Between the multiple responsibilities and the sometimes unnecessary fancy filmmaking tricks, the series is too eager to prove that it’s something. ‘Take me seriously, for I am a filmmaker that does fancy filmmaker things’.

As a result, much like main character Josh, it doesn’t achieve any of its goals.

Instead, its efforts in trying too hard drowns out any kind of story to connect to, and it’s something that no song and dance number or cool montage moment can save.

So what we end up with is, sadly, a bit of a dud. Which sucks because, again like Josh, it has so much potential it could have reached but never got there.