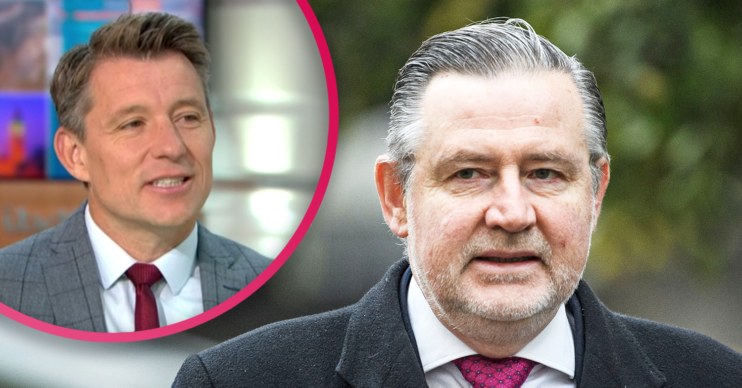 The MP made headlines when he broke social distancing rules by joining the Black Lives Matter protests.

Speaking on GMB, he explained his actions – although his comments didn’t sit well with those tuning in at home.

He said: “I  didn’t go out on that protest to break social distancing rules.

“I went out to show those young courageous people that someone in Parliament agreed with them that this is not just the time for protest, it’s a time for change.”

Barry continued: “It became clear that it was very difficult to observe social distancing while I was out there – that’s why I held my hands up.

“The night before, I received test result that said I was negative and since then I’ve had two weeks at home self-isolating to make sure that if I contracted anything, I didn’t pass it on.

“So the social distancing rules are absolutely important and it’s absolutely right.”

Viewers at home were quick to take to Twitter afterwards and brand Barry a “hypocrite”.

One wrote: “Labour MP Barry Gardiner on @GMB says he went to the protests to show the people that someone in parliament is listening. Admitting he knew he would be breaking social distancing rules.

“And his reasoning is that he had a test the night before and he was negative. Idiot!!”

Moments later, a second tweeted: “@GMB Barry Gardiner is laughable as he defends his hypocrisy.”

Shortly after, a third wrote: “@GMB What a hypocrite Barry Gardiner is saying he holds his hands up that he was wrong to go on a protest but he felt the young people needed to be listened to.

“Well listen to those who have lost family to the virus and stay away. Is he an accessory to murder as he went out on purpose?”

Another added: “Another hypocrite on #GMB MP Barry Gardiner moaning about track and trace when he was busy attending protests during lockdown!”

MP Barry appeared on GMB to discuss the government’s decision to scrap its track and trace app.

The move comes after it was revealed that the software only identified four per cent of contacts.

Giving his thoughts, Barry said: “The most important thing you have in an epidemic is time. It’s a most precious resource and it’s been wasted by the government.

“It was wasted when we were going into lockdown, wasted in ordering PPE and wasted in setting up a testing systems.

“We know now that on April 11, the technical experts at UCL told the government that their way of doing things wasn’t going to work.

“And here we are now, two months later, with the government having to backtrack. Two months wasted.”

What are your thoughts on Barry’s comments? Leave us a comment on our Facebook page @EntertainmentDailyFix and let us know what you think of this story.