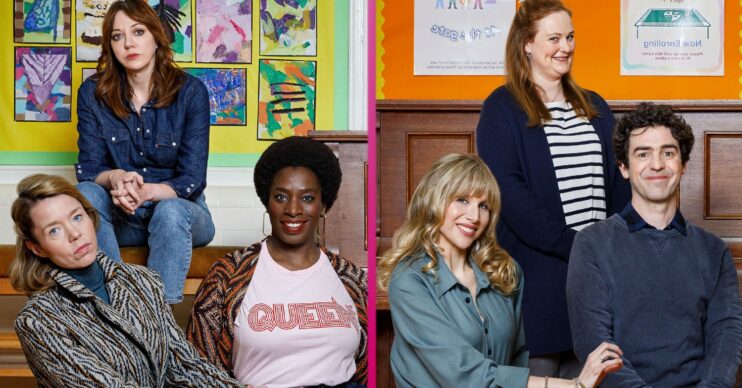 Motherland on BBC Two: Will there be a series four of comedy starring Anna Maxwell Martin?

The comedy comes to a bittersweet end with series 3

Motherland fans will be weeping into their Pinot tonight (Monday June 07, 2021) as the comedy series comes to a bittersweet end – but will there be a Motherland series four?

BBC Two viewers have been enjoying series three of the parenting comedy since it returned in May.

And some have even declared Motherland is the “funniest show on television”.

We have to agree!

Read more: Motherland on BBC Two: Tom Meeten plays Liz’s boyfriend Sam, but what else has he been in?

Motherland series four: will it return?

A spokesperson for the BBC show revealed that there’s no news on a Motherland series four yet.

But no news is good news, right?

None of the cast have said they won’t return, and the BBC would be bonkers not to recommission it.

Motherland has a strong fan following, and a cast of dreams.

It also has a small-ish cast if the pandemic causes problems in the future and they had to film in a bubble.

Who will return in possible fourth series?

Anna Maxwell Martin, who plays Julia, is set to return in the second series of Code 404 on Sky One.

After that, Anna’s schedule is looking pretty free…

Free enough to pencil in a fourth series of Motherland, surely?!

He told RadioTimes.com that Jill could appear in season four.

Paul said: “I do think it’s a great thing we never meet Jill, because I think the whole thing about Jill is that she lives in the audience’s imagination.

“She could be very glamorous in a way, or she could kind of be the entire opposite.

“I was saying this to someone the other day… Each time a series airs and I’m walking down the road with my [real life] wife, she’s always saying, ‘They think I’m Jill’.

“So maybe my wife could play Jill.”

Motherland series four: what could happen?

There’s so much still to explore in Motherland.

Not least the blossoming relationship between Amanda and Kevin.

Okay, okay, so we know Amanda is trying to forget she ever slept with Kevin – twice! – but we’d love to see more scenes between the pair.

Julia developed an unhealthy obsession with her builder Gary (Robbie Gee), which threatened to derail her marriage.

But right at the end of series three, Paul finally showed up in the flesh!

Of course, Joanna Lumley would always be welcomed back as Amanda’s mum, and Anne has another baby to introduce to the world.

Meanwhile, Meg was given the all-clear from cancer, so should be back on track in series four.

All episodes of Motherland from series one to series three are currently available to watch on BBC iPlayer.