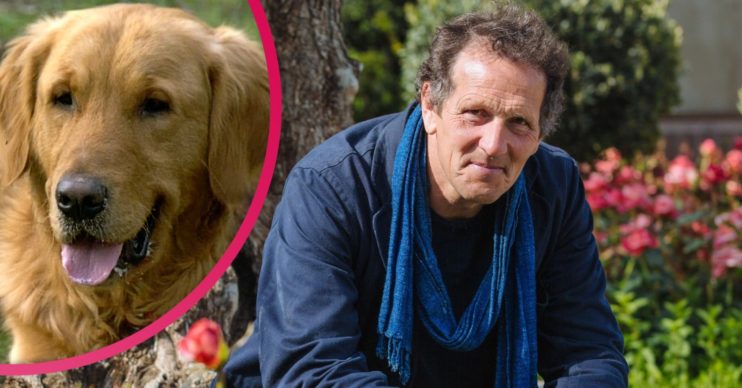 Said he felt a 'Diana-like' sadness

Gardening legend Monty Don has likened the grief he felt after losing his dog to the death of Princess Diana.

The BBC presenter, 65, has been grieving for Golden Retriever Nigel since last May after the elderly pooch was suddenly taken ill.

And now, Monty has described the level of grief for his beloved companion.

How did Monty Don compare Nigel’s death to Princess Diana’s?

Nigel became well-known to viewers of Gardeners’ World as he frequently appeared alongside Monty on the programme.

Sadly, Nigel passed away in May 2020, and now Monty has opened up at the grief not only he experienced, but also crew and viewers.

He told the Radio Times: “When we’d go out filming at half-past seven in the morning he would always be ready, almost bags packed, and would work the camera.

“People for some reason suspended disbelief and wanted him to be this special person.

“There was real sadness when he died. It was a sort of Diana-type sadness.”

What did Monty say about Nigel?

He shared a beautiful snap showing the pooch in the sunshine and captioned the image: “Nigel this time last year, the old boy soaking up some winter sun.”

Fans queued up to pay their own tributes, with one saying: “EVERYBODY misses Nigel…”

Another wrote: “I went back to watch last years episodes again and had a wee twinge seeing our Nige plodding along. Lovely old boy.

Monty’s comparison to the grief the nation felt when Princess Diana died is topical.

In the recent interview with Oprah Winfrey, Prince Harry opened up about his late mother.

Read more: Oprah interview: How much did Prince Harry inherit from Diana as he says he was ‘cut off financially’?

He said: “You know, for me, I’m just really relieved and happy to be sitting here, talking to you with my wife by my side because I can’t begin to imagine what it must’ve been like for [Diana] going through this process by herself all those years ago.

“My biggest concern was history repeating itself.”