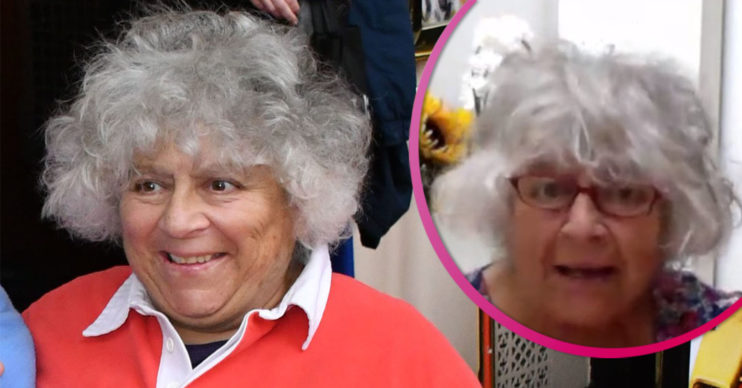 Miriam Margolyes has expressed her fears about getting Alzheimer’s after her father battled the disease.

The Harry Potter actress, 79, appeared on Loose Women on Friday to discuss how she’s been dealing with lockdown.

Miriam admitted she’s been feeling “lonely” and “depressed” as she’s spent lockdown away from her partner Heather Sutherland.

What did Miriam Margolyes say?

“I’m not going to be brave about it. I’m on my own. Do you think anybody would come here and be with me?”

She continued: “I’m lonely and depressed.”

Speaking about Alzheimer’s and her father’s battle with the disease, Miriam admitted she is worried about her own health.

She said: “Oh yes I do. I think I’m on the way to losing my marbles.

“It is worrying. Anybody who has had any experience of looking after someone with Alzheimer’s, seeing them gradually disappear from you.

“We need to be kind and loving and understanding and know more about it.

“The more attention it gets, the better.”

Miriam Margolyes tells the #LooseWomen why she never thought it was wrong to love who you love, regardless of gender.

Meanwhile, back in May, Miriam found herself in hot water after comments she made about Boris Johnson.

During an appearance on The Last Leg Locked Down Under, Miriam shared her thoughts on how the government have handled the pandemic.

She said: “Appallingly, of course, appallingly. It’s a disgrace, it’s a scandal. It’s a public scandal.

“I had difficulty not wanting Boris Johnson to die. I wanted him to die.

“So then I wanted him to get better, which he did do, he did get better. But he didn’t get better as a human being. And I really would prefer that.”

200 people complained to Ofcom about her remarks.